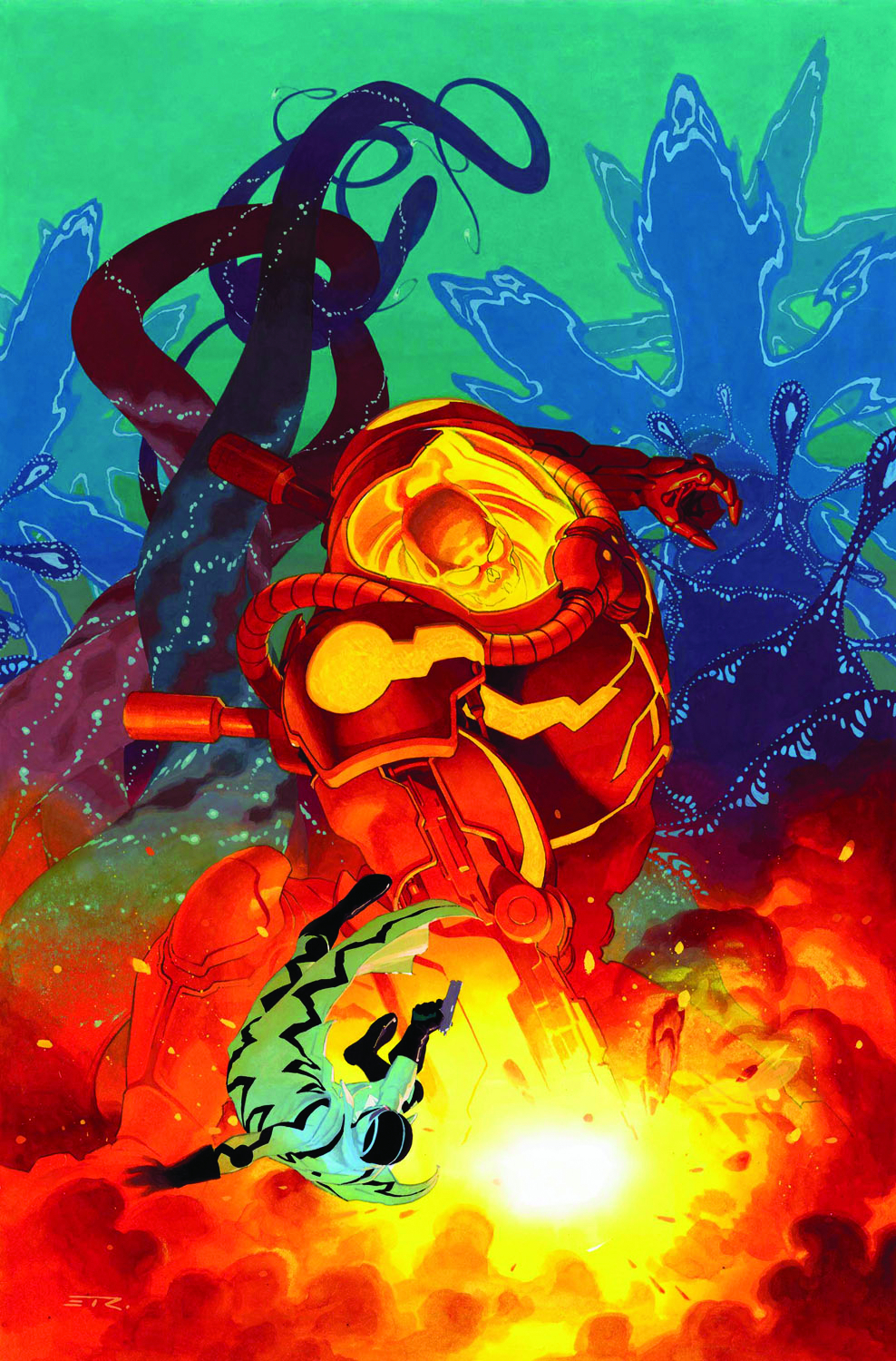 JUL118246
(W) Rick Remender (A/CA) Jerome Opena
From Marvel Comics. The Dark Angel Saga: Part 5 -- Genocide has incinerated half of Wolverine's body, leaving only two remaining members of X-Force to defeat Archangel and his army. Someone has wiped out a small town in Northern Montana and in its place a new alien landscape has grown. What is Tabula Rasa? Can Fantomex and Deadpool work together to survive its harsh terrains long enough to unlock its mystery?  The acclaimed team of Rick Remender (Venom, Punisher), Jerome Ope a (Punisher, Moon Knight) and Dean White (Avengers) return to introduce you to the strangest territory in the Marvel Universe. Scheduled to ship 10/19/11. (161)