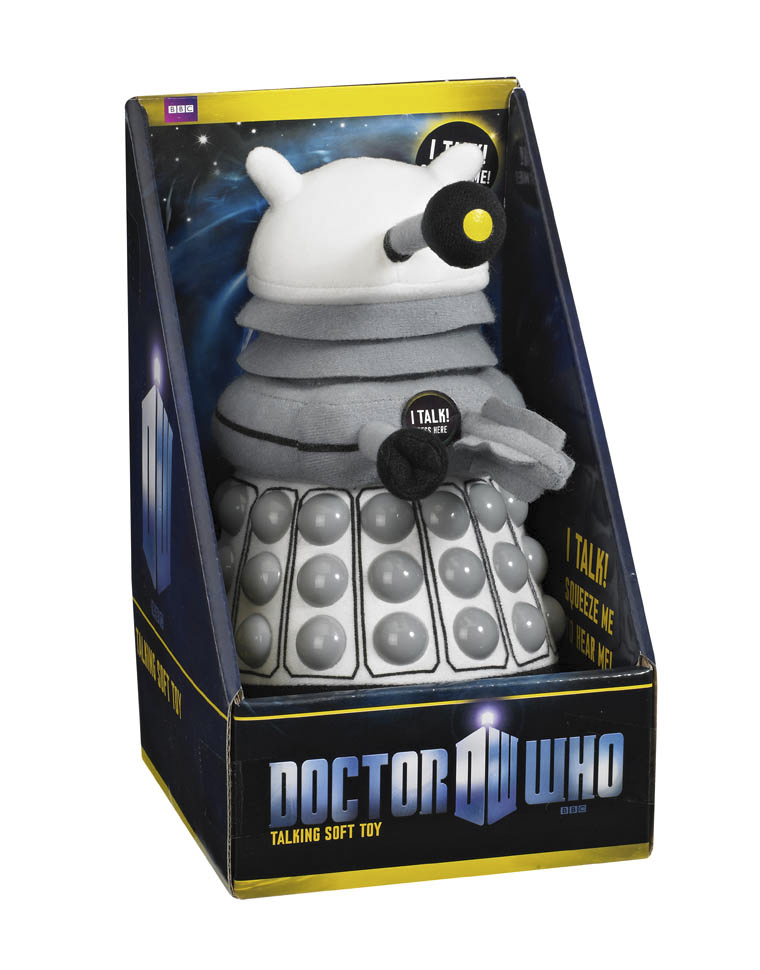 JUL118067
Underground Toys! A PREVIEWS Exclusive! Based on the incredibly popular television series Doctor Who, this brilliant plush toyFrom embodies that distinctive look and feel of the longest-running sci-fi TV series in the world, that is to say, retro futuristic! Showcasing the very best from the Doctor Who rogues gallery, this release features the iconic Dalek in a PREVIEWS-Exclusive white. The Daleks have been hated and feared throughout time and space; maybe it's time someone gave them a hug. Spoken phrases include "Exterminate, Exterminate." And "You would make a good Dalek."