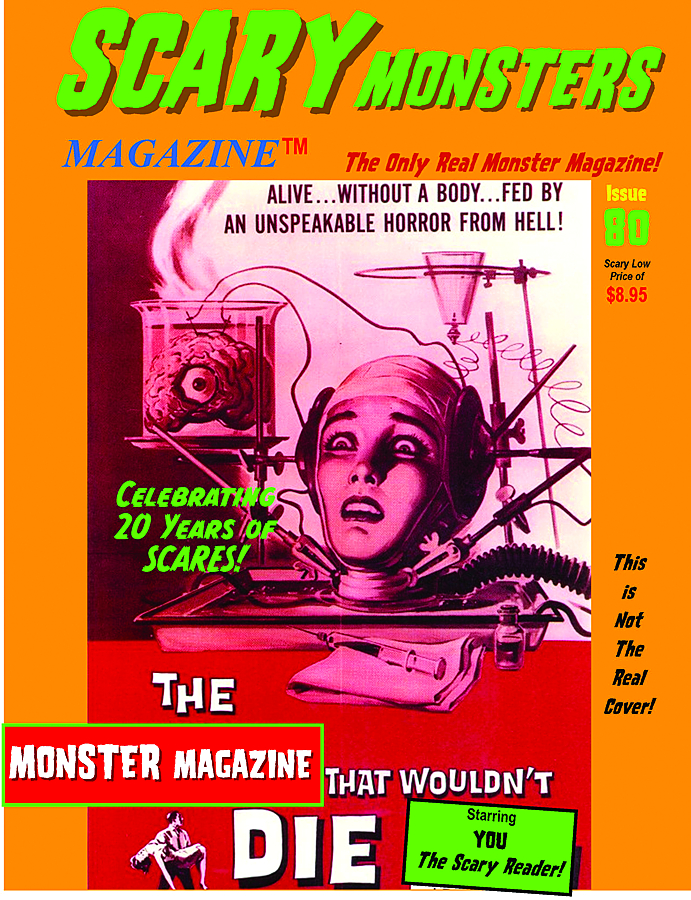 JUL111392
Scary issue 80 celebrates the 20th Anniversary of the Only Real Monster Magazine!  The monster magazine that wouldn't die is still alive in 2011. The Brain That Wouldn't Die is remembered in a body of interviews and articles along with rare photos. We also celebrate Ohio's Horror Host Son of Ghoul's 25th Anniversary and maybe grow up and grow older with Chicago's (now national horror host) Svegoolie with an article and interview.