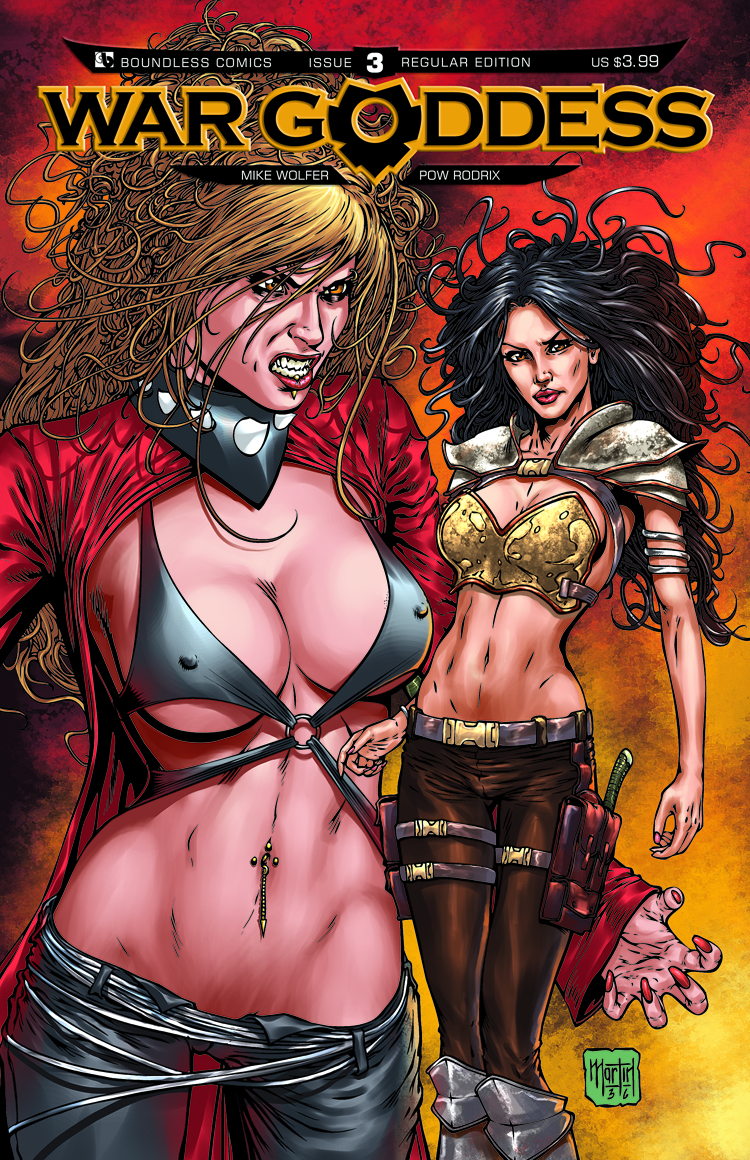 Boundless unleashes our second on-going monthly series, written by Mike (Lady Death) Wolfer and featuring a whole new World that is populated by re-imagined versions of some of the most popular indy characters! Tensions are running high as the goddess Pandora and bayou swamp witch Anathema begin to unravel the mystery surrounding the horrific creatures which have invaded our dimension, but the enemy threat is about to reveal itself to be far worse than anyone could have imagined. A dark force from a parallel universe has possessed an innocent woman, transforming her into the fire-wielding Hellina and with the brain-washed and blood-thirsty Widow at her side, she has unleashed a reign of terror within one of Pandora's prime business holdings, right in the heart of downtown Miami. With so many innocent lives on the line, Pandora's options are narrowing to either hoping for some miraculous solution or killing every last person in the Promethea Building... Including her possessed allies! This epic saga is written by Mike (Lady Death) Wolfer and featured the art of Pow Rodrix wrapped in a stunning new cover by Matt Martin! Available with a Regular or Gore cover by Matt Martin, as well as a Wraparound and a special Art Nouveau Retailer Order Incentive by painter Michael Dipascale!