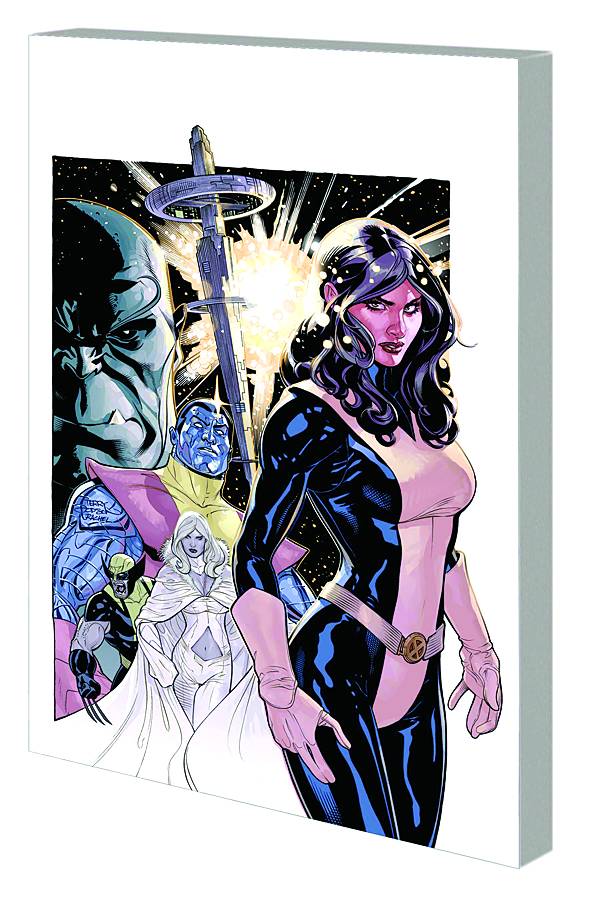 #
JUL110753
(W) Kieron Gillen (A) Various (CA) Terry Dodson
Written by KIERON GILLEN
Penciled by CARLOS PACHECO, TERRY DODSON & IBRAIM ROBERSON
Cover by TERRY DODSON
When the X-Men left the militaristic alien Breakworld, its political structure was reduced to ashes. It didn't stay that way forever. Now, a warship is crossing the gulf of space, with a mission that will strike the lives of star-crossed lovers Colossus and Kitty Pryde - with all the force of a meteor. Join them as they discover what the vessel means for them, mutantkind and the rest of the planet. Plus: Magneto is an X-Man. This may not be news to you, but only a handful in the Marvel Universe that the poster boy for fearing mutants is now living just off the coast of one of the United States' largest cities. How on earth are the X-Men going to explain the presence of one of the world's most infamous super villains? Collecting UNCANNY X-MEN #534.1 and #535-539.