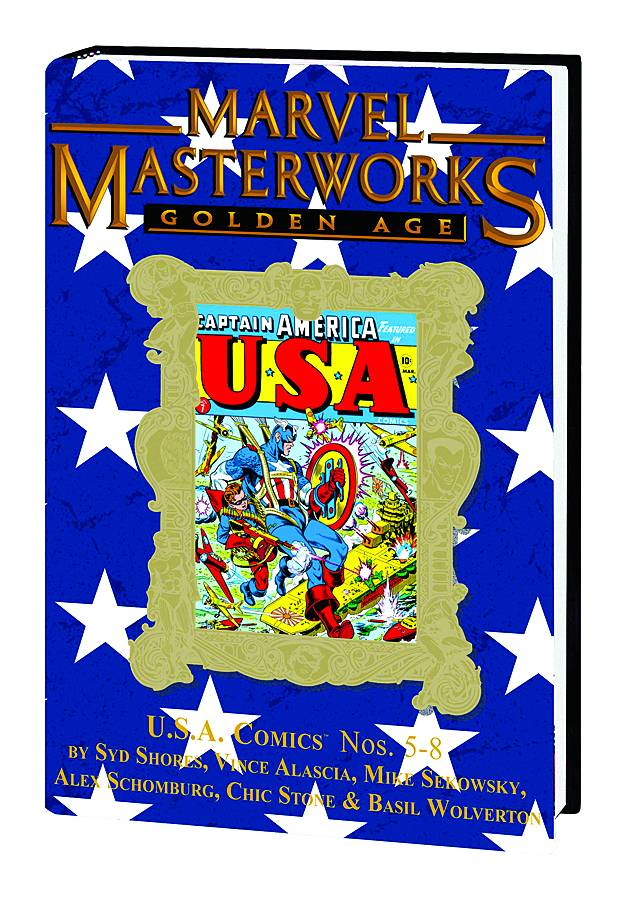 #
JUL110714
(W) Various (A) Various (CA) Alex Schomburg
Written by VARIOUS
Penciled by SYD SHORES, VINCE ALASCIA, ALEX SCHOMBURG, MIKE SEKOWSKY, BASIL WOLVERTON, CHIC STONE & VARIOUS
Cover by ALEX SCHOMBURG
Hot on the heels of the explosion of star-spangled super heroes, U.S.A. COMICS presented a wild and wooly selection of patriotic characters fighting for the Red, White and Blue. From the Victory Boys and the American Avenger to wilder heroes like Roko the Amazing, the Blue Blaze and the Fighting Hobo, U.S.A. was a comics magazine bursting at the seams with crazy concepts. But with the Second World War raging, it became clear there was only one hero who could headline a book titled U.S.A.: Captain America! Backed up by the Destroyer, Marvel Boy and the Whizzer - as well as the adventures of regular joes like Sergeant Dix and Jeep Jones, and true tales of WWII - U.S.A. COMICS was the perfect dose of four-color excitement for the American G.I.! Sporting some of the most famous covers of comics' Golden Age, the early Captain America issues of U.S.A. are some of the rarest Marvel comics of all time, and they're collected here for the first time ever! Collecting U.S.A. COMICS #5-8.