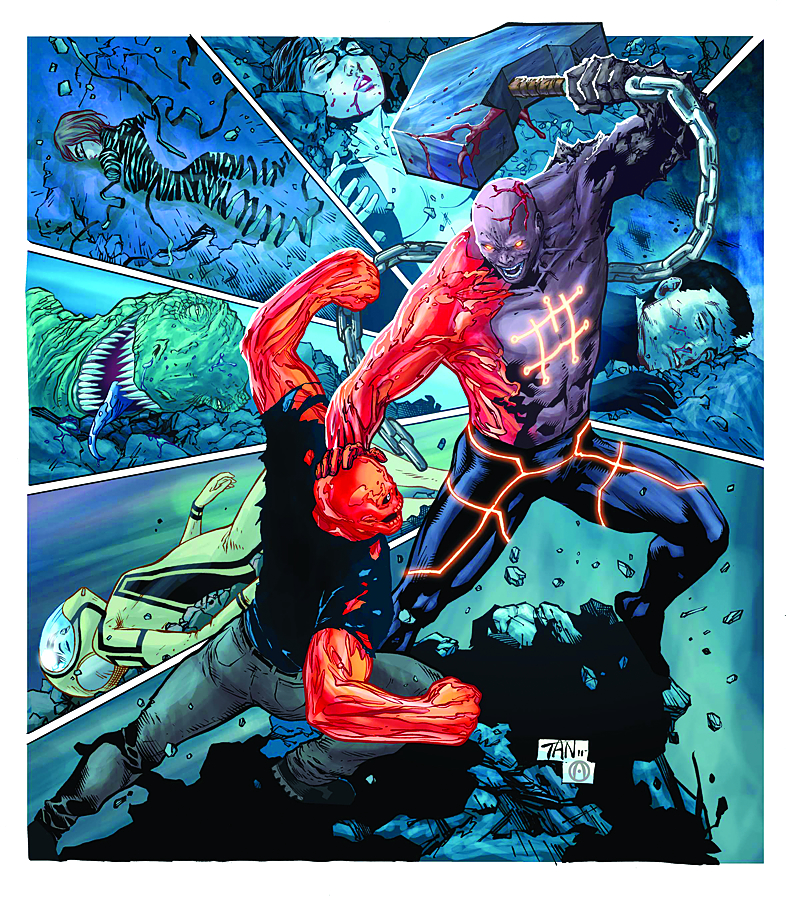 JUL110581
(W) Christos N. Gage (A) Tom Raney, Scott Hanna (CA) Billy Tan
Written by CHRISTOS GAGE
Penciled by TOM RANEY
Cover by Billy Tan
FEAR ITSELF TIE-IN
The students of Avengers Academy are trapped within their school, stalked by The Worthy! Their only hope against such awesome power is to destroy the Infinite Mansion...but unless they can find a way out, they'll die with it! Experience the year's biggest event through the series that ComicBook Resources.com calls "a fantastic addition to Marvel's canon, and one worthy of the name Avengers."