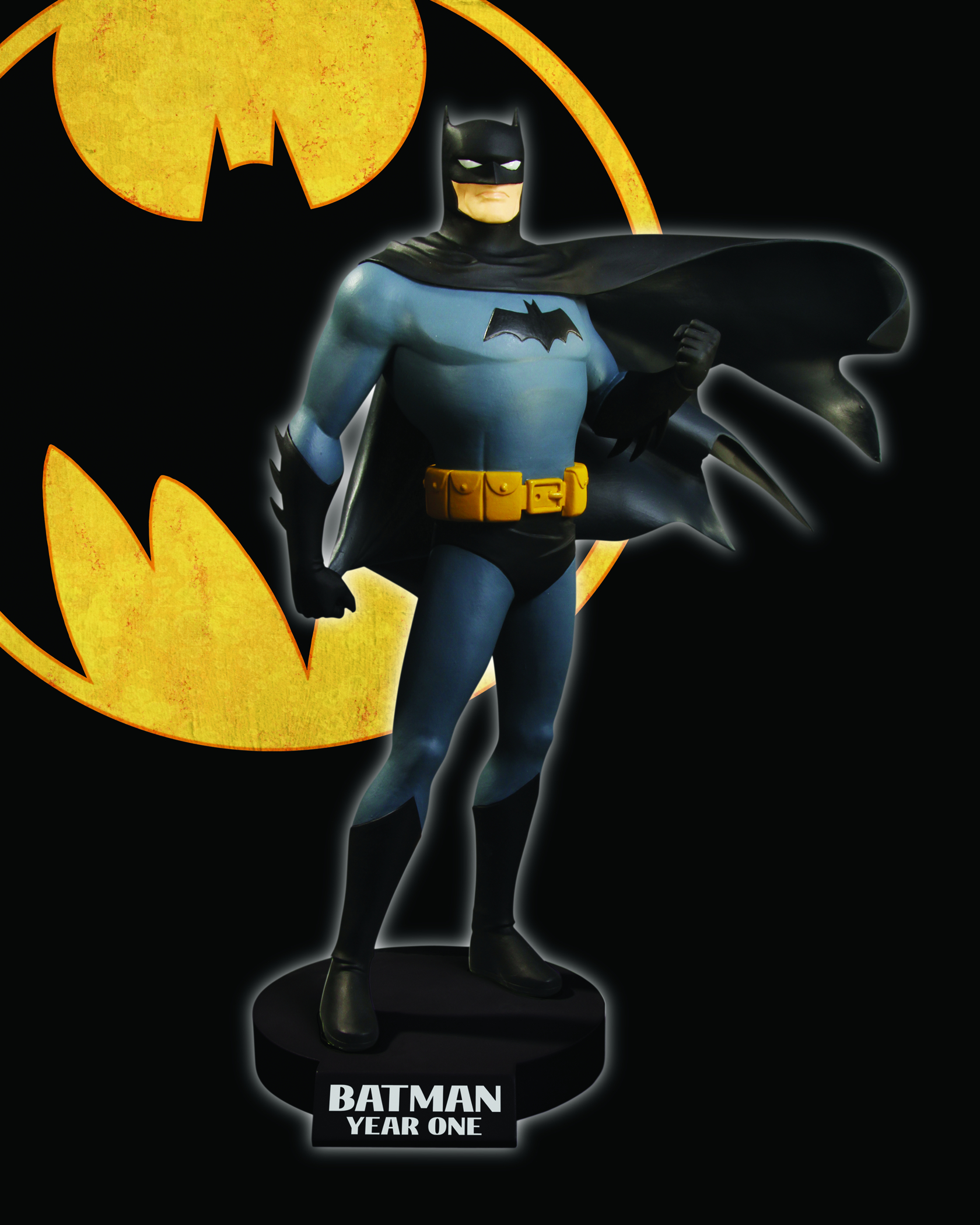 JUL110307
SCULPTED BY DEREK MILLER
"FROM THIS MOMENT ON, NONE OF YOU ARE SAFE." - Batman
When Gotham City is in desperate need of heroes, two men take a stand for justice...but on opposite sides. Bruce Wayne returns home after years abroad to become a crimefighter, just as honest cop Lt. James Gordon moves to Gotham and finds corruption at every level. When Bruce becomes the masked vigilante Batman, the city explodes as his new nemesis Catwoman, the mob and Gordon all close in! Don't miss this thrilling DC Universe Animated Original Movie based on the groundbreaking story by Frank Miller and featuring two-time Emmy-Award winner Bryan Cranston, Ben McKenzie, Katee Sackhoff, Eliza Dushku and Alex Rocco in its stellar voice cast. Experience a bold and dynamic vision of the Dark Knight's first year in action and the start of his enduring friendship with Jim Gordon.
This hand-painted, cold-cast porcelain maquette of BATMAN is based on art from the highly anticipated Warner Home Video made-for-DVD animated original movie BATMAN YEAR ONE, which will be released on September 27, 2011.
Measuring approximately 9.8" high x 7.75" wide x 5" deep, the statue is packaged in a 4-color box.
Limited Edition.