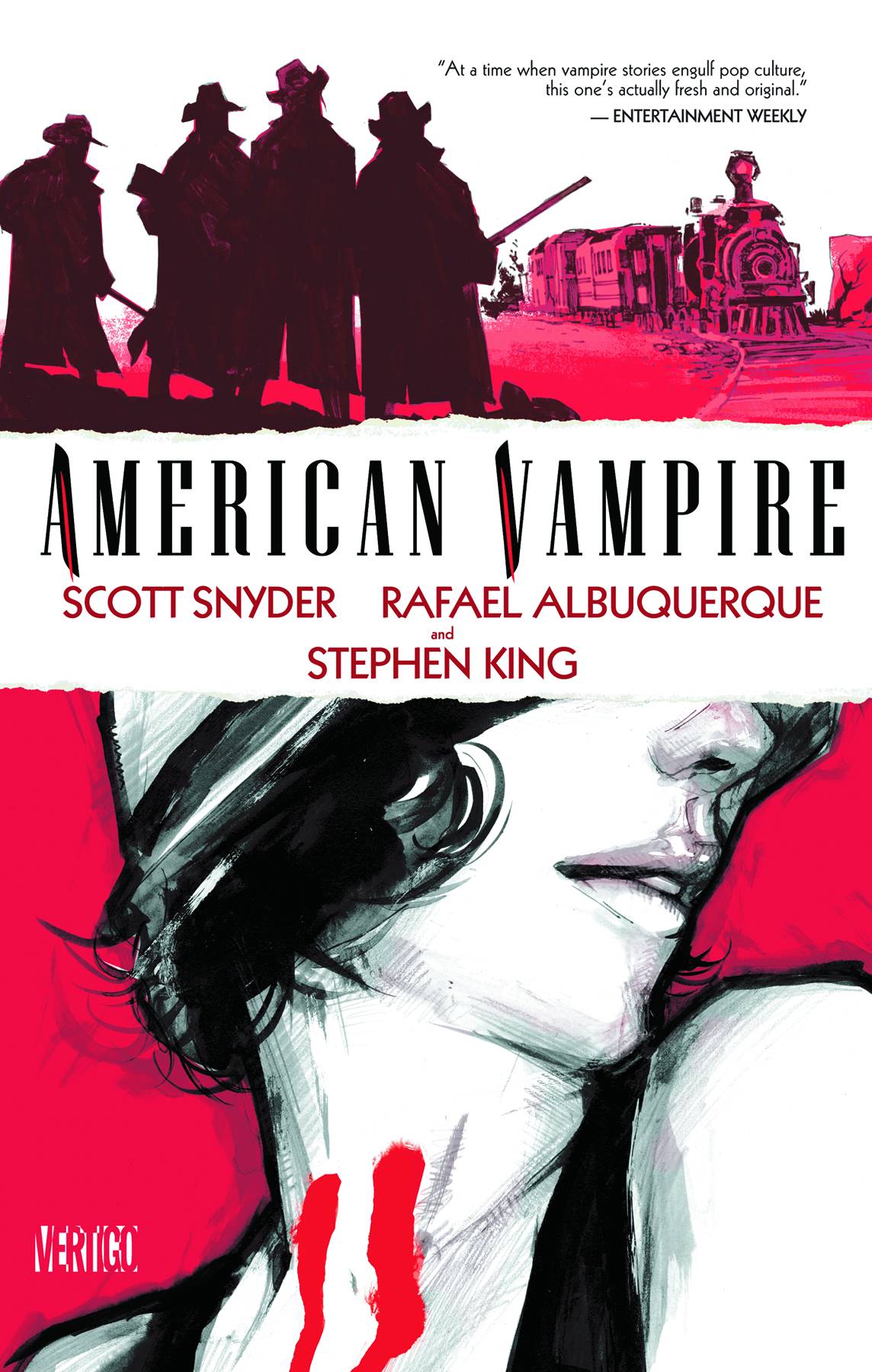 #
JUL110284
(W) Scott Snyder (A/CA) Rafael Albuquerque
This first volume of the critically acclaimed series collects issues #1-5 and follows two stories: one written by Scott Snyder and one written by Stephen King, both with art by superstar Rafael Albuquerque.
Snyder's tale follows Pearl, a young woman living in 1920s Los Angeles, who is brutally turned into a vampire and sets out on a path of righteous revenge against the European monsters who tortured and abused her. And in King's story set in the days of America's Wild West, readers learn the origin of Skinner Sweet, the original American vampire - a stronger, faster creature than any vampire ever seen before.
In Shops: Oct 05, 2011
SRP: $19.99
View All Items In This Series
ORDER WISH LIST