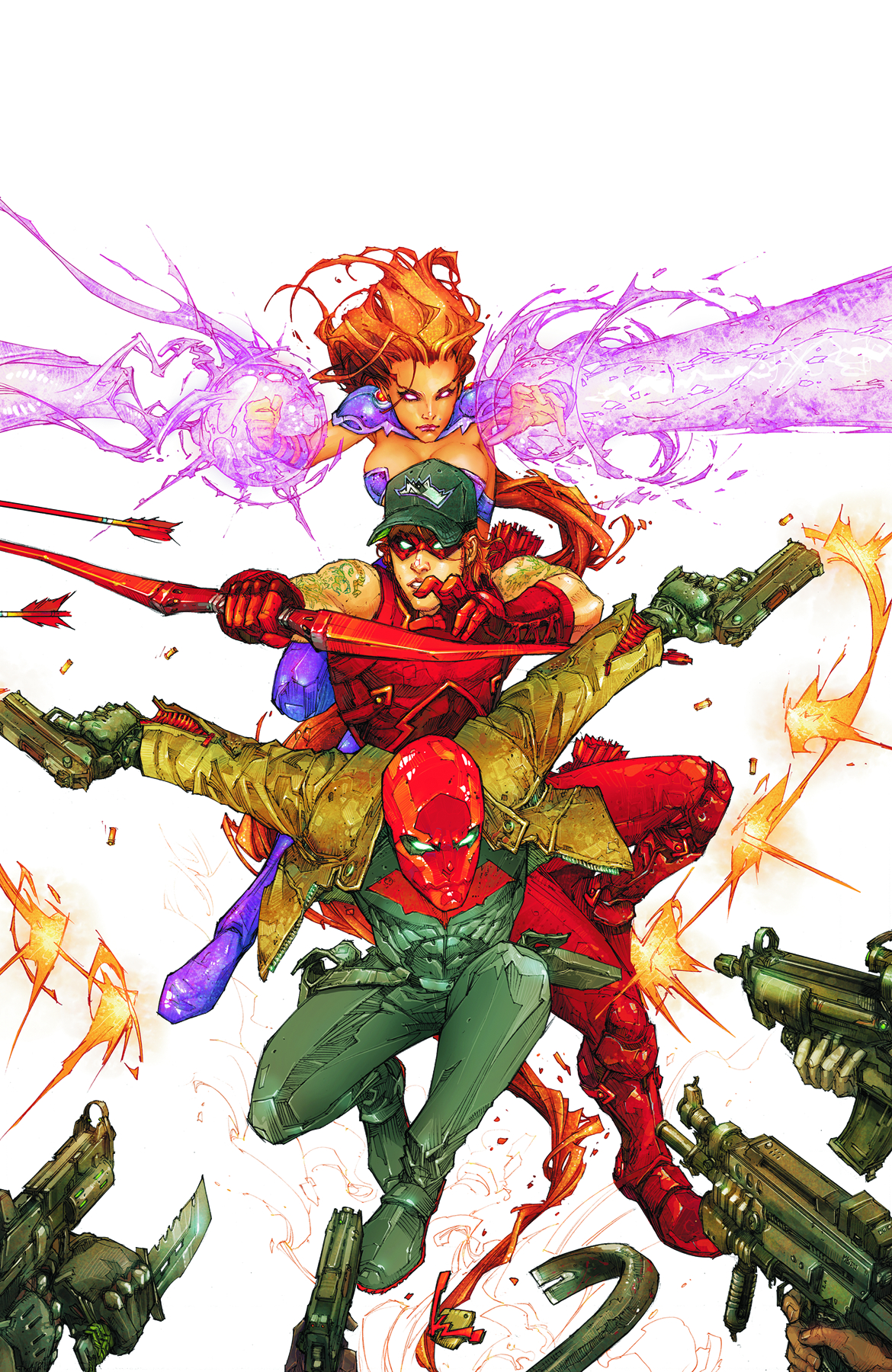 JUL110217
(W) Scott Lobdell (A/CA) Kenneth Rocafort
Written by SCOTT LOBDELL
Art and cover by KENNETH ROCAFORT
No sooner has Batman's former sidekick, Jason Todd, put his past as the Red Hood behind him than he finds himself cornered by a pair of modern day outlaws: Green Arrow's rejected sidekick Arsenal, the damaged soldier of fortune, and the alien Starfire, a former prisoner of intergalactic war who won't be chained again.
As a loner, Jason has absolutely no interest in this motley crew of outlaws. So what's he going to do when they choose the Red Hood as their leader? Find out in this hot new series from writer Scott Lobdell (WILDC.A.T.S, Uncanny X-Men), featuring art by rising star Kenneth Rocafort (ACTION COMICS)!