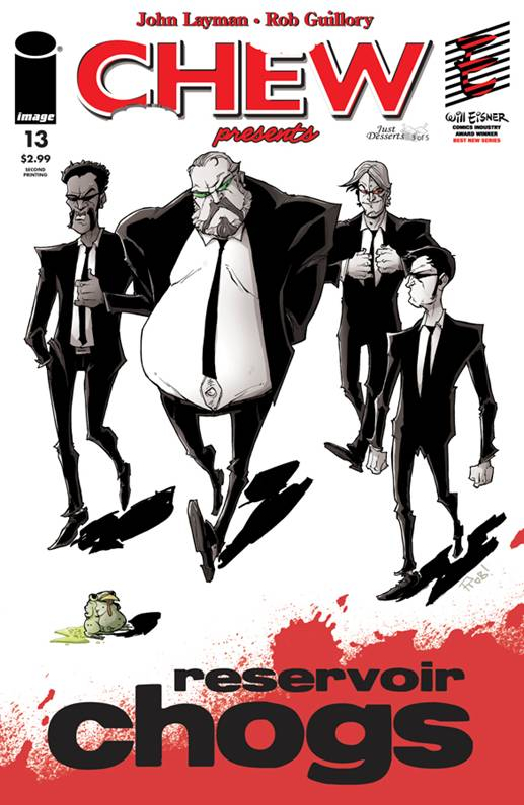 JUL108129
(W) John Layman (A/CA) Rob Guillory
by John Layman & Rob Guillory
From Image Comics. The first two trades were instant bestsellers, and the individual issues of Chew are just as hot! Chew #13 has sold out at the distribution level, just like previous issues in the "Just Desserts" story arc, and Image is taking the issue back to press with a special variant cover! In Part Three of  "Just Desserts," rogue cibopath Mason Savoy returns, a double agent is revealed, and a narrative dirty trick is played upon an unsuspecting readership! Scheduled to ship 09/15/10. (325)