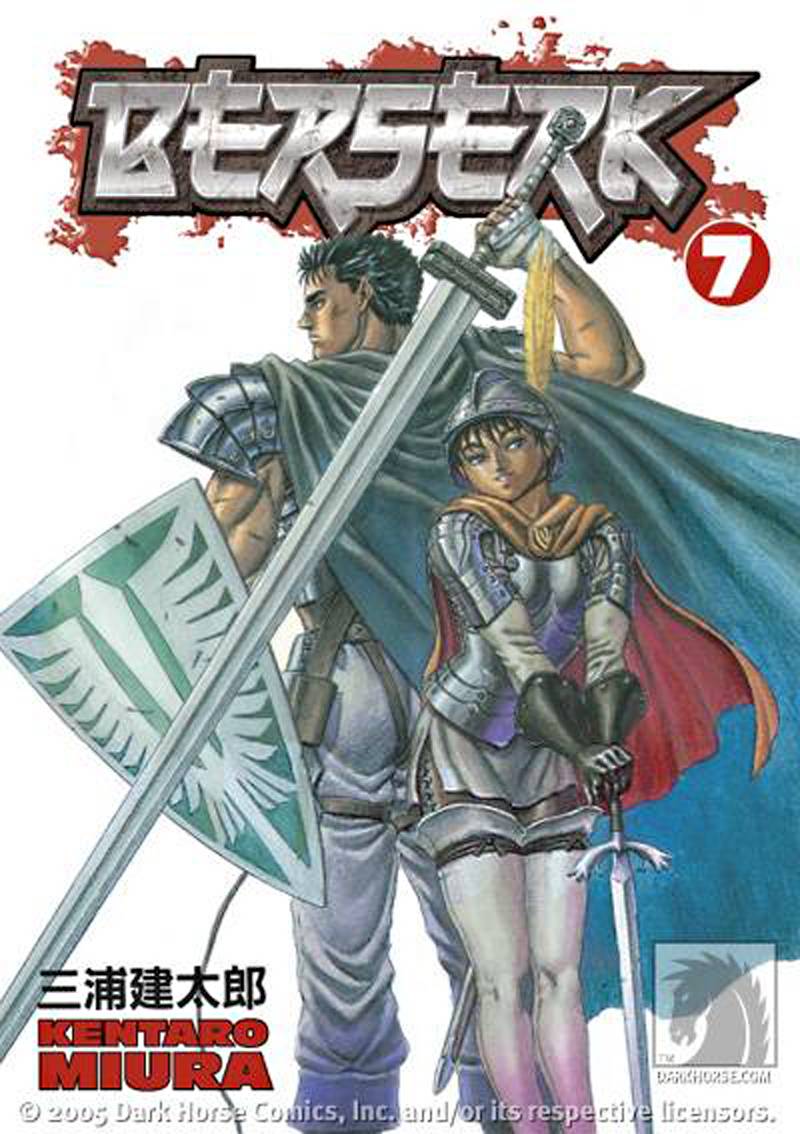 #
JUL108097
(W) Kentaro Miura (A/CA) Kentaro Miura
Two feudal kingdoms, Midland and Chuder, battle for supremacy in what will become the final clash in a century-long struggle. Spearheading the Midland forces is the Band of the Hawk, a legendary cadre of elite mercenaries led by the charismatic Griffith and with the fearless Guts as its berserker champion. The Hawks' ferocity, courage, and fearsome skills-not to mention Guts' enormous broadsword-are just what Midland needs to turn the bloody tide, but during the fray, Guts and Griffith's most trusted lieutenant, Casca, fall together from a cliff into a raging river. Both miraculously survive-barely-and Guts tends to Casca's wounds as she tells of having her life saved by Griffith, her induction into the Band of the Hawk, and her deep feelings toward Griffith. And she even seems to finally be warming up to the grim Guts. But this greeting-card moment won't last long, for Chuder warriors are on the prowl, and the only greetings they carry are on the points of their spears!

The Berserk manga has been adapted into a best-selling anime series available from Media Blasters!
In Shops: Sep 08, 2010
SRP: $14.99
View All Items In This Series
ORDER SUBSCRIBE WISH LIST