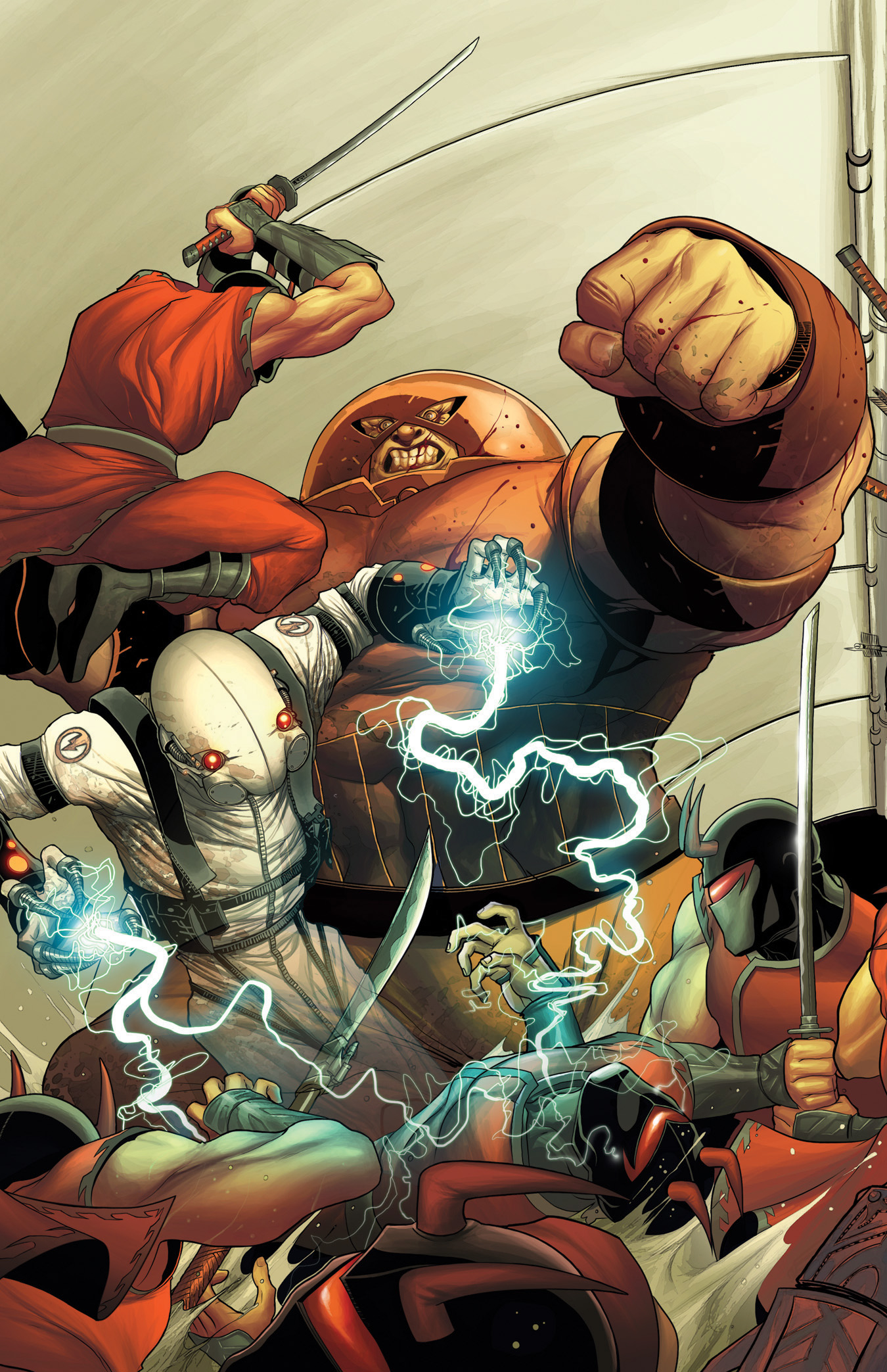 JUL100576
(W) Jeff Parker (A) Declan Shalvey (CA) Frank Martin
Written by JEFF PARKER
Penciled by DECLAN SHALVEY
Cover by MARKO DJURDJEVIC
The Thunderbolts crossover with Shadowland begins here! Luke Cage heads into Hell's Kitchen to pull his old friend back from the brink of madness. And if swarming ninjas aren't enough, he's become aware of other forces that will make his task even harder. Going against the Warden and the government itself, Cage sends the T-Bolts in to level the playing field. But without his direct guidance, will this squad of killers and criminals make the situation even worse? Find out in the book IGN.com calls "Impressive...not to be missed."
32 PGS./Rated T+ ...$2.99