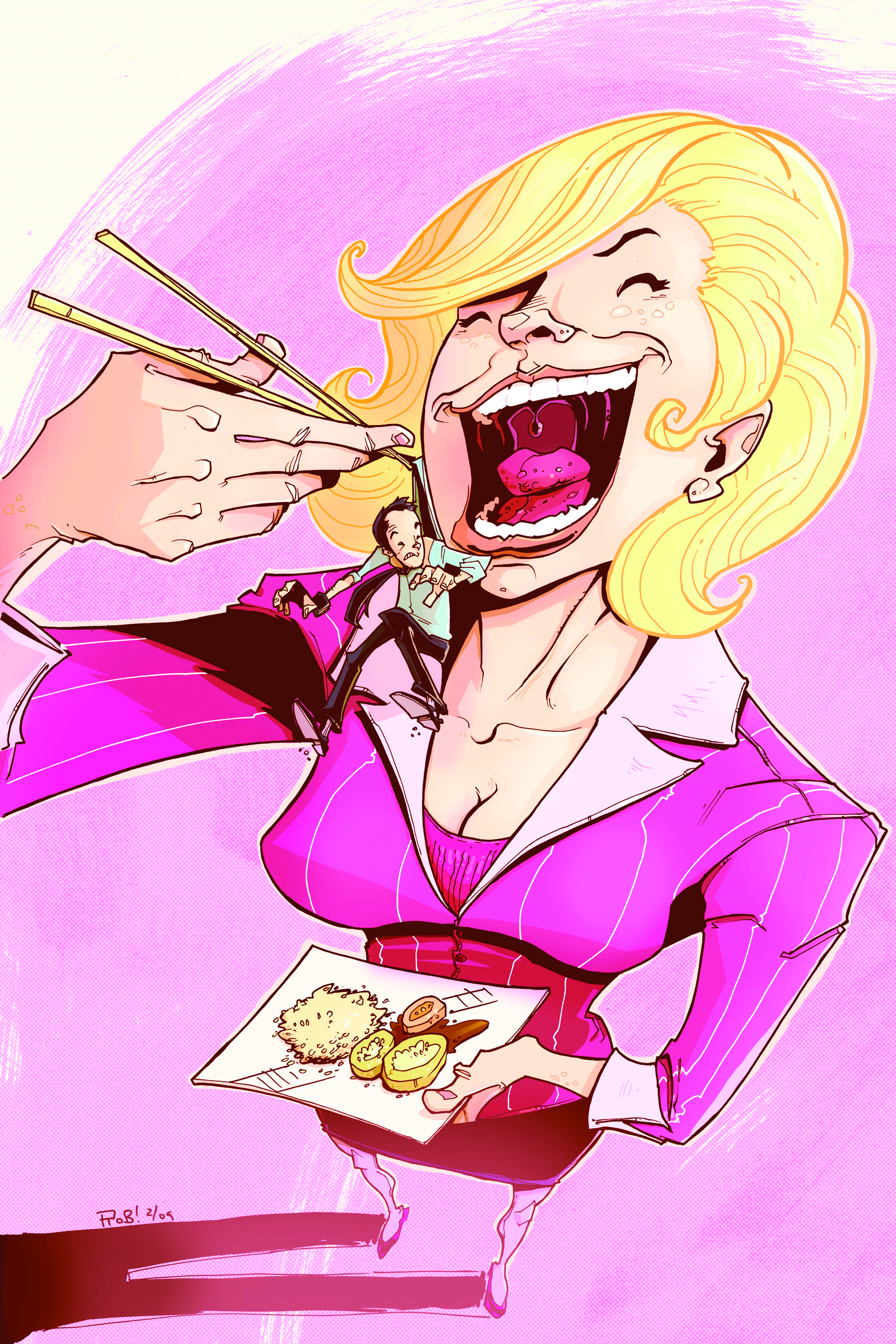 JUL098324
(W) John Layman (A/CA) Rob Guillory
by John Layman & Rob Guillory
From Image Comics. Amelia Mintz is a food critic and a Saboscrivner. That means she can write about food so accurately, so vividly and with such precision, people get the actual sensation of taste when reading her restaurant reviews. Since the government prohibition of poultry, she's lost her enthusiasm for the culinary world, and only reviews restaurants with a "D" rating or less from the Health Department. Her last review caused half the city to projectile vomit, and sent hundreds to the hospital with severe food poisoning. Agent Tony Chu has been assigned to arrest Amerlia Mintz, but there's just one problem with that... he's madly in love with her! Presenting the weirdest comic you will read, and maybe the best, as the deliciously twisted new series about cops, crooks, cooks, cannibals and clairvoyants continues! Scheduled to ship 10/07/09. (325)