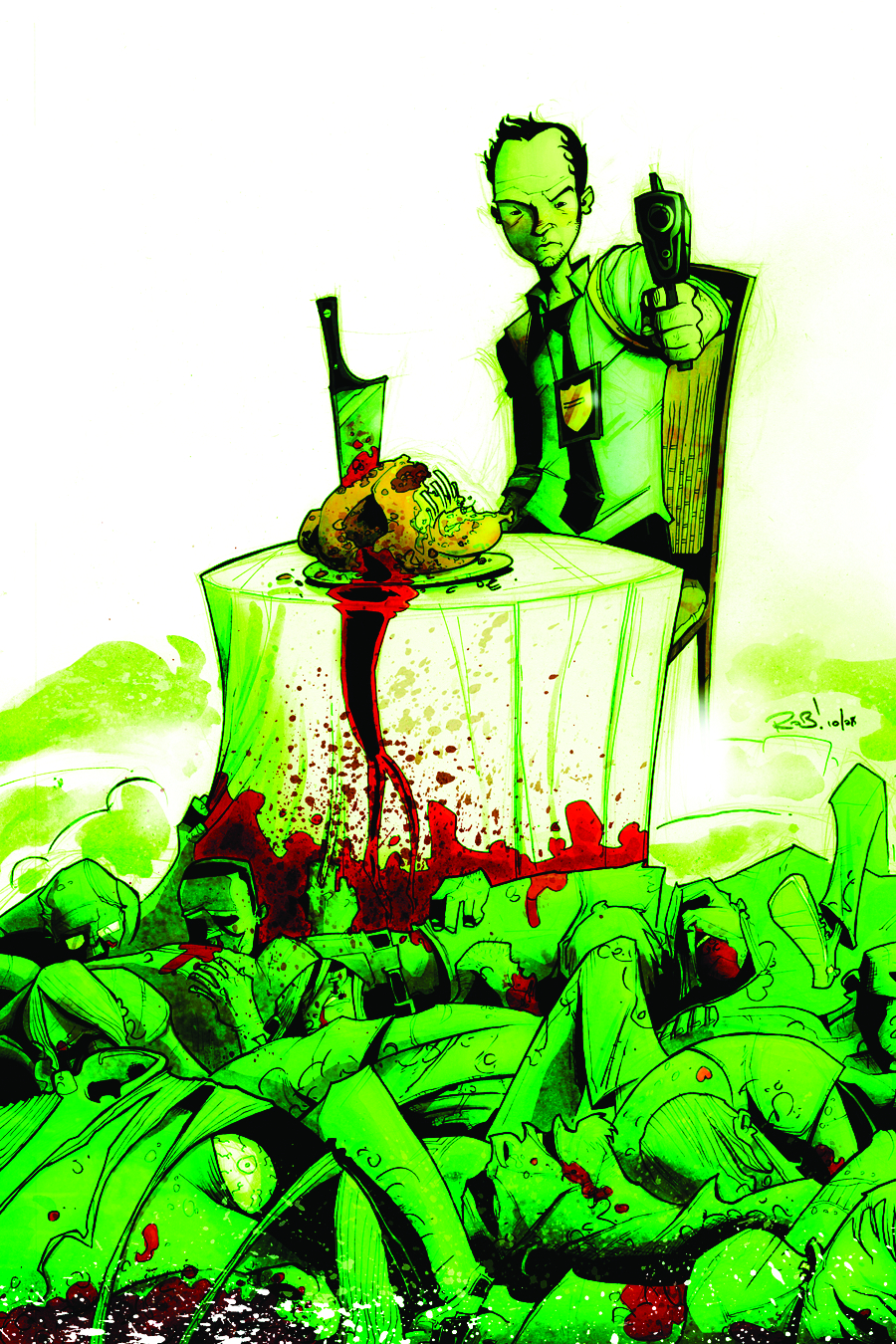 JUL098037
(W) John Layman (A/CA) Rob Guillory
by John Layman & Rob Guillory
From Image Comics. Tony Chu is a cop with a secret. A weird secret. Tony Chu is Cibopathic, which means he gets psychic impressions from whatever he eats. It also means he's a hell of a detective, as long as he doesn't mind nibbling on the corpse of a murder victim to figure out whodunit, and why. It's a dirty job, and Tony has to eat terrible things in the name of justice. And if that wasn't bad enough, the government has figured out Tony Chu's secret. They have plans for him... whether he likes it or not. Presenting a twisted new series about cops, crooks, cooks, cannibals and clairvoyants, written by John Layman (Marvel Zombies vs. Army of Darkness, House of M: Fantastic Four and Puffed) with mind-blowing art by astonishing comics newcomer Rob Guillory. Scheduled to ship 09/02/09. (325)