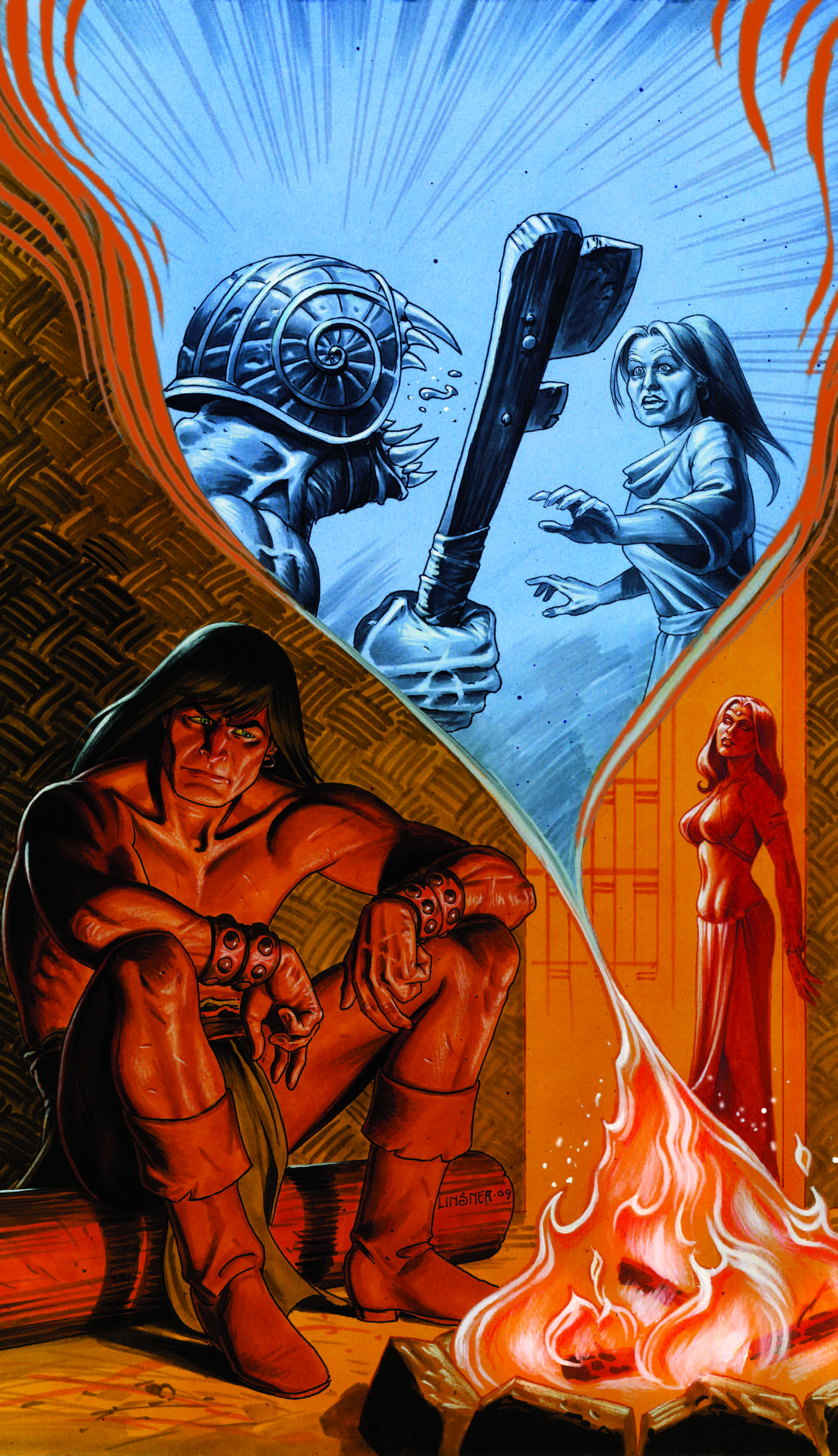 After Conan left Cimmeria and entered into a successful career as a brutal mercenary, he became the leader of Princess Yasmela's Khorajan army. In the calm after a successful campaign, Conan quickly tires of his pampered life as the princess's protector and lover. While Joe Kubert shows us what trouble a restless barbarian can get into on royal palace grounds, Tim Truman takes us back to the Cimmerian village of Conan's youth-where a surviving Skrae creature claws its way toward Fialla, Conan's mother.

o This standalone story, called "Home for the Hunt," has ties to both the "Cimmeria" story arc from 2008 and the current "Black Colossus" arc!

o With a nod to the past and hint at what's to come, this issue is perfect for both longtime readers and for intrigued fans who are looking for a "jumping on" point.