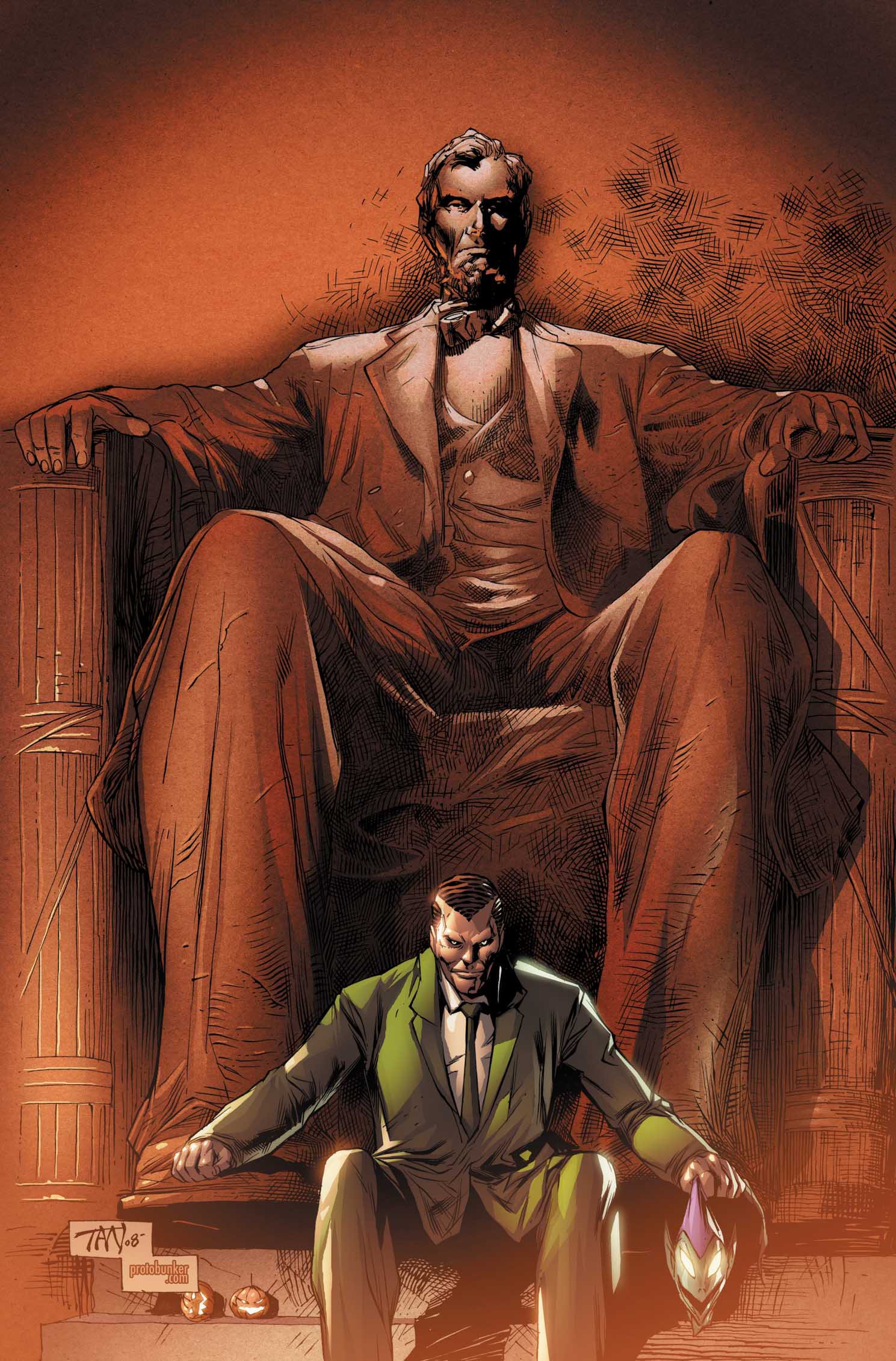 JUL082325
(W) Christos N. Gage (A) Fernando Blanco (CA) Billy Tan
Written by CHRISTOS GAGE
Penciled by FERNANDO BLANCO
Cover by BILLY TAN
SECRET INVASION TIE-IN!
The Thunderbolts are in an all-out war against the Skrulls for the fate of Washington D.C.....and things don't look good for our side!  What will bring them down first--the Skrull armada? The Super-Skrull with all the powers of the original Thunderbolts? Or the loose cannons within the team itself? Can a group led by the former Green Goblin keep from imploding under pressure, or will the nation's capital have to be relocated? Given the Thunderbolts' record, you may want to cancel that field trip...
32 PGS./Rated T+ ...$2.99