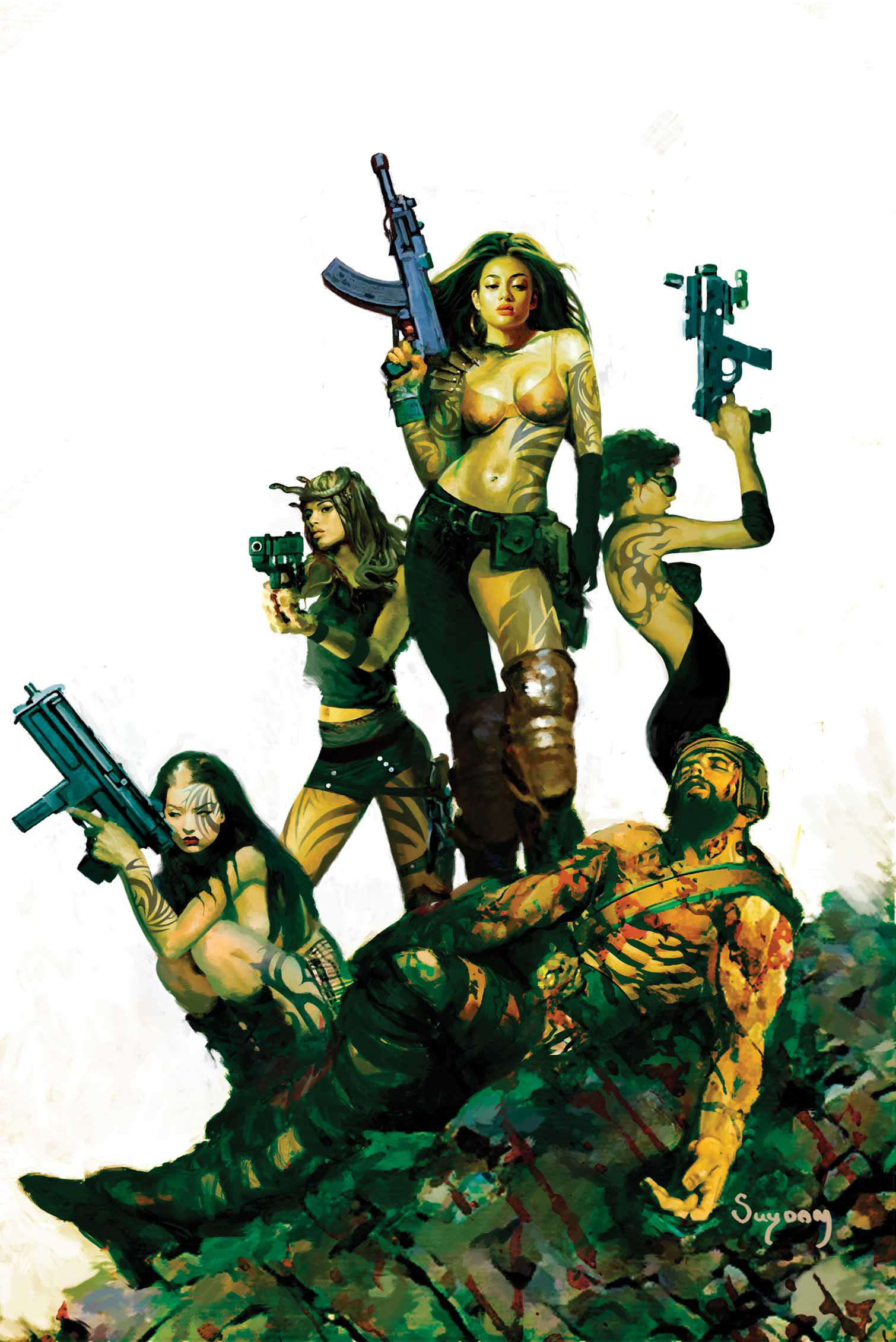 JUL082284
(W) Greg Pak (A) Clayton Henry (CA) Arthur Suydam
Written by GREG PAK & FRED VAN LENTE
Penciled by CLAYTON HENRY
Cover by ARTHUR SUDYAM
Monkey Variant by Roger Cruz
"LOVE AND WAR," Part 1
The Greek Goliath is looking for some R&R after the events of "Sacred Invasion," and hopes to find it in the arms of
ex-Renegade NAMORA. But there's no rest for warriors when the AMAZONS declare war on Atlantis! And these ain't your mama's Amazons-- is that why Amadeus Cho sides with them instead of Herc? Plus: ARES returns!
32 PGS./Rated A ...$2.99