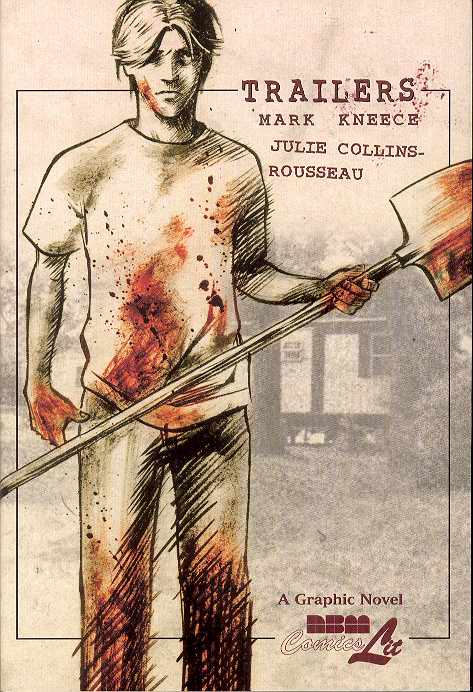 JUL053004
(W) Mark Kneece (A) Julie Collins
Josh Clayton's mother has killed a man and left Josh in charge of disposing of the body. The trouble is, the body will not stay put. From dogs to low-life trailer park denizens, Josh's life slips ever more deeply into hell as he attempts to keep the corpse under wraps. Josh, a sensitive teenager, attempts to persevere in the face of a morbid dilemma: guilt and fear over the crime conflict with his reluctant devotion to his mother. In the meantime, he has the additional task of taking care of his younger brothers and sister while enduring the ordinary minefield known as high school. As pressure on Josh builds to critical mass, he suddenly finds himself involved in a relationship with Michelle. She tries to understand him. And, to her credit, she almost does. Josh is forced to take a difficult stand against his own mother or never be able to move on. By two members of the faculty of sequential art at the Savannah College of Art & Design.
In Shops: Sep 28, 2005
SRP: $17.95