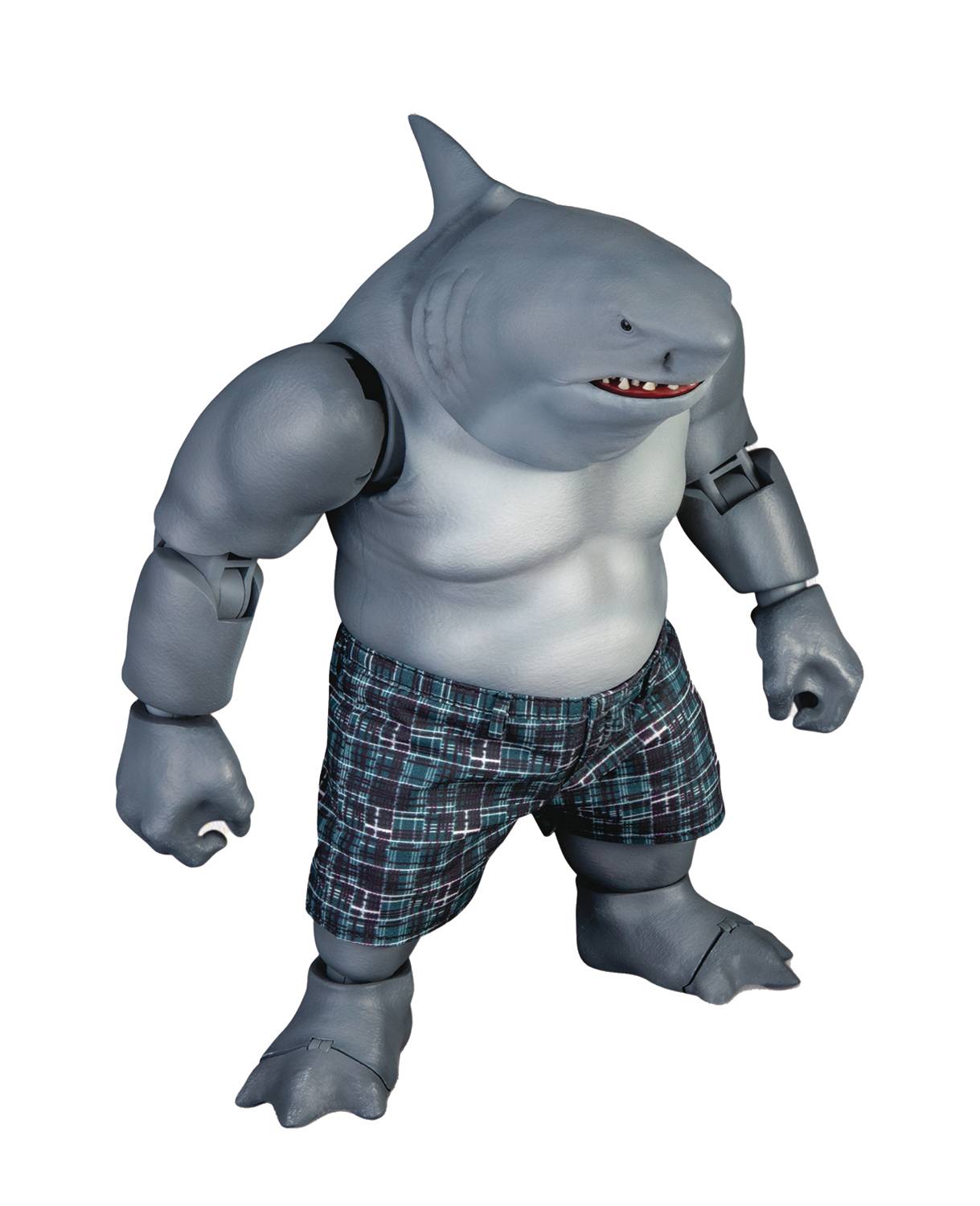 # # # # # # # #
JAN228855
From Beast Kingdom. The Suicide Squad has assembled with a cast of zany and fun characters! Having been freed from the 'Blackgate' prison, King Shark, or "Nanue" as he is affectionally nicknamed, is a hungry half human half shark hybrid that is as powerful as he is caring and is ready for action. Beast Kingdom is back with a new DAH of King Shark! A detailed, yet sturdy figure is accompanied with a pair of Nanue's favorite shorts, made of real fabric. The shark with a heart of gold also includes a set of replaceable hands as well as two head sculpts, including one with a hungry, open mouth, and not forgetting his many famous accessories such as his favorite stafish, peace bomb and more.