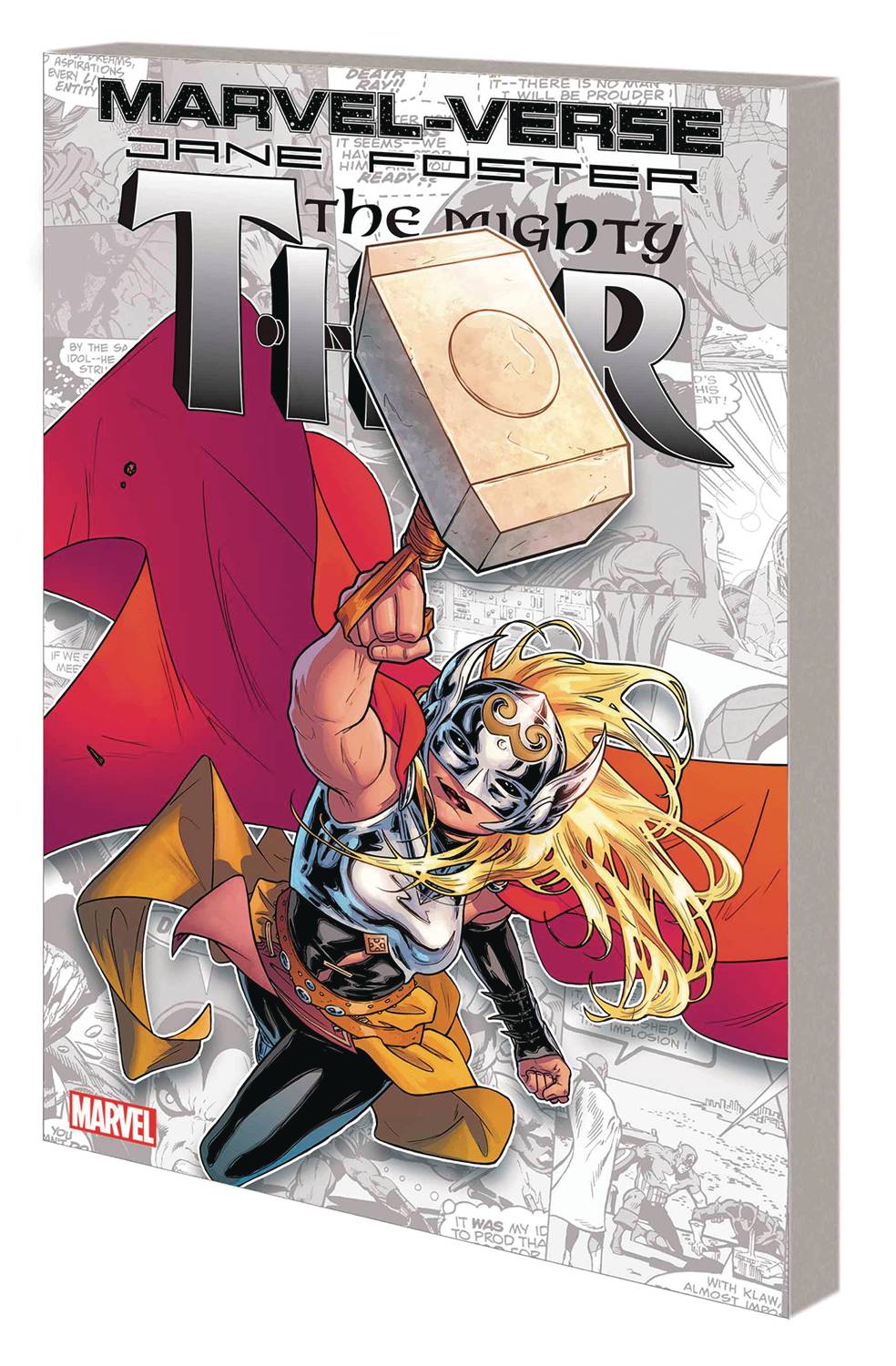 #
JAN221062
(W) Jason Aaron, VARIOUS (A) Steve Epting, VARIOUS (CA) Russell Dauterman
n all the Marvel-Verse, nobody is mightier than Thor, Goddess of Thunder! When the Odinson found himself unworthy of wielding Mjolnir, Dr. Jane Foster raised the hammer aloft and took command of the lightning! Now, get to know Jane in some of her most legendary adventures - proving her worth as Thor to the Warriors Three and leading the League of Realms on a daring rescue mission pitting her against the evil Malekith and his ally Kurse! Then, Jane embraces a new heroic legacy! Plus: Revisit Jane's younger days alongside the Odinson and discover the startling answer to the question: What if Jane Foster had found Thor's hammer years earlier? Collecting MIGHTY THOR (2015) #13-14; WHAT IF? (1977) #10; and material from THOR ANNUAL (2015) #1, WAR OF THE REALMS: OMEGA and JOURNEY INTO MYSTERY (1952) #100.