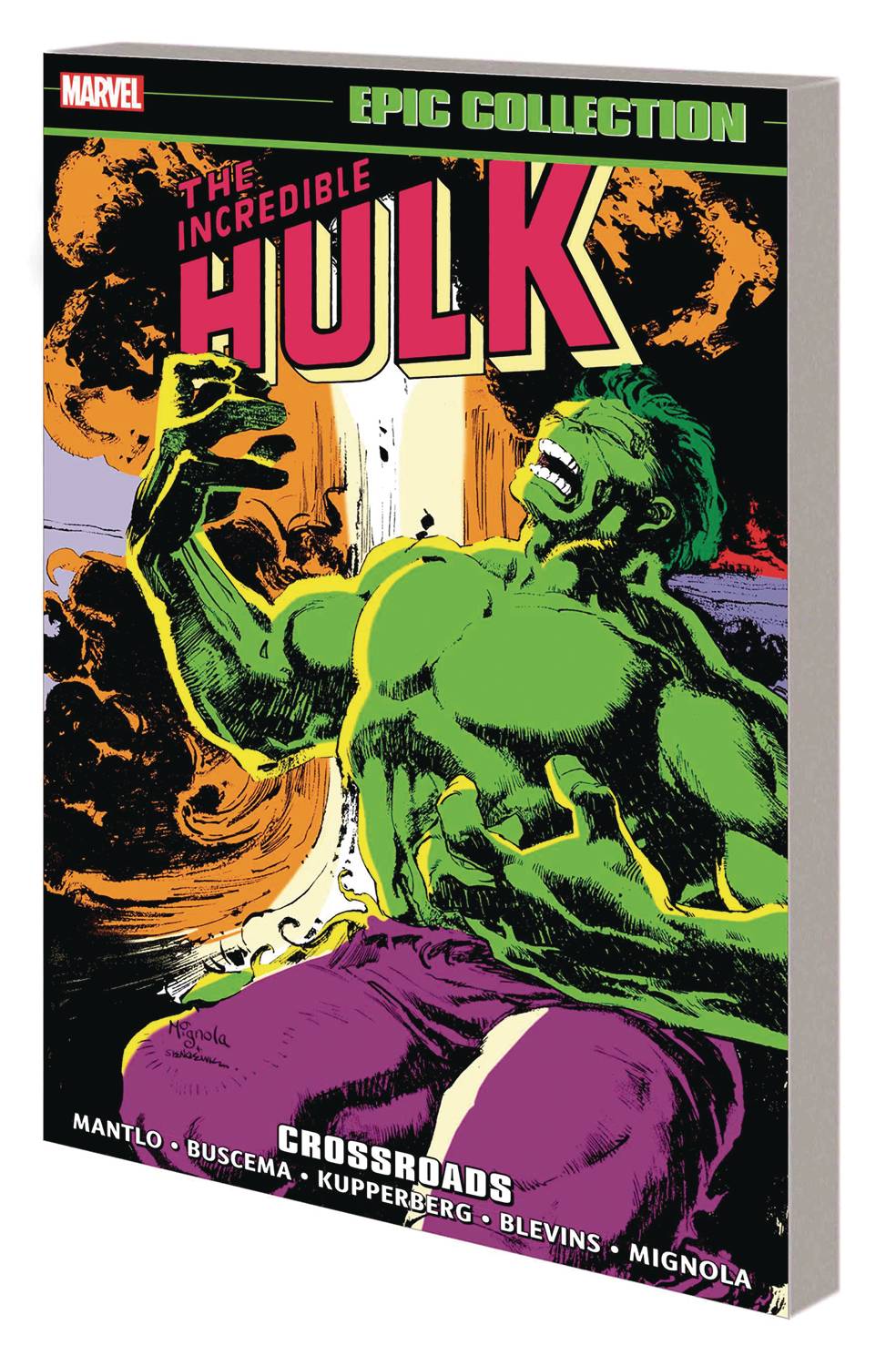 #
JAN221056
(W) Bill Mantlo (A) Sal Buscema, VARIOUS (CA) Mike Mignola
Bruce Banner is in charge - but for how long? After returning from the Beyonder's Battleworld, Banner's precarious hold on the Hulk's savage persona has begun to slip, threatening to destroy the happiness he's finally attained! And when the fighting-mad Hulk comes roaring back, it leads to a no-holds-barred battle against the entire Marvel Universe - and a shocking twist! Now, banished to the mysterious and deadly Crossroads dimension by Doctor Strange, a nearly mindless Hulk must claw his way back from the edge of insanity! As he battles the U-Foes, the N'Garai and a parade of ever more bizarre enemies, the Hulk will confront aspects of his own fractured psyche. But how did Bruce's tragic childhood shape the monster within? Collecting INCREDIBLE HULK (1968) #297-313 and ANNUAL #13, and ALPHA FLIGHT (1983) #29.