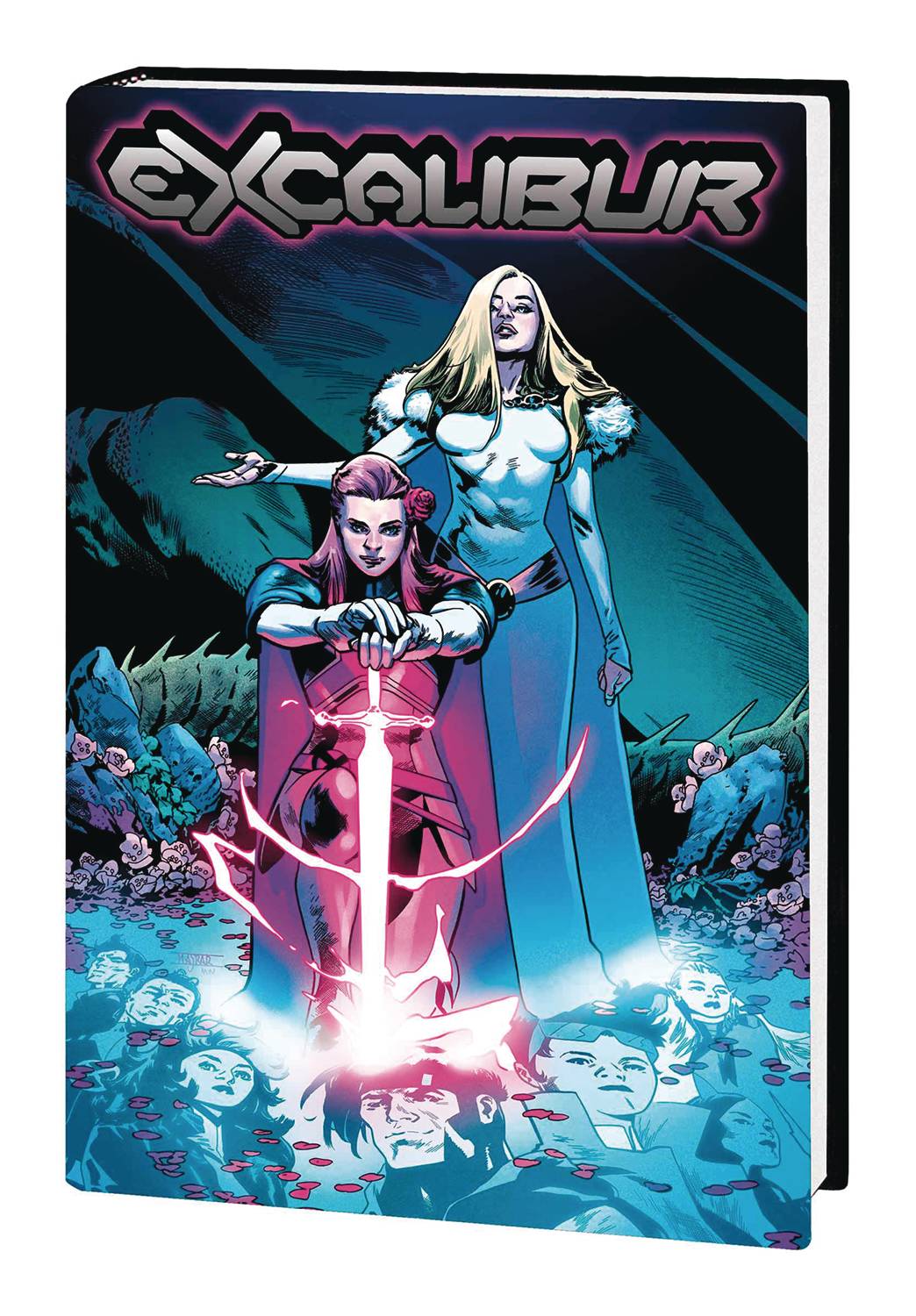 #
JAN221040
(W) Tini Howard (A) Marcus To (CA) Mahmud Asrar
In the aftermath of X OF SWORDS, Excalibur must uncover the fate of Betsy Braddock!
Can they discern the secret of the woman on the shore? And who is...Queen Elizabeth
III?! As the Krakoan Council makes moves to protect the mutants remaining in the realm of Otherworld, an invisible threat is unleashed on the island - unseen, unheard and almost undetectable. Can the team hunt it down before the all-important Hellfire Gala kicks off? And how will Excalibur's actions at the Gala change Krakoan diploforever? As an escort mission reveals deep political unrest among Saturnyne's Otherworld court, a brutal sacrifice will bear bitter fruit. And when doom returns to Avalon, Excalibur's sacred duties to Otherworld will be tested to their very limits. Are they heroes to be celebrated? Or witchbreed to be put to the stake? Collecting EX(2019) #16-26.