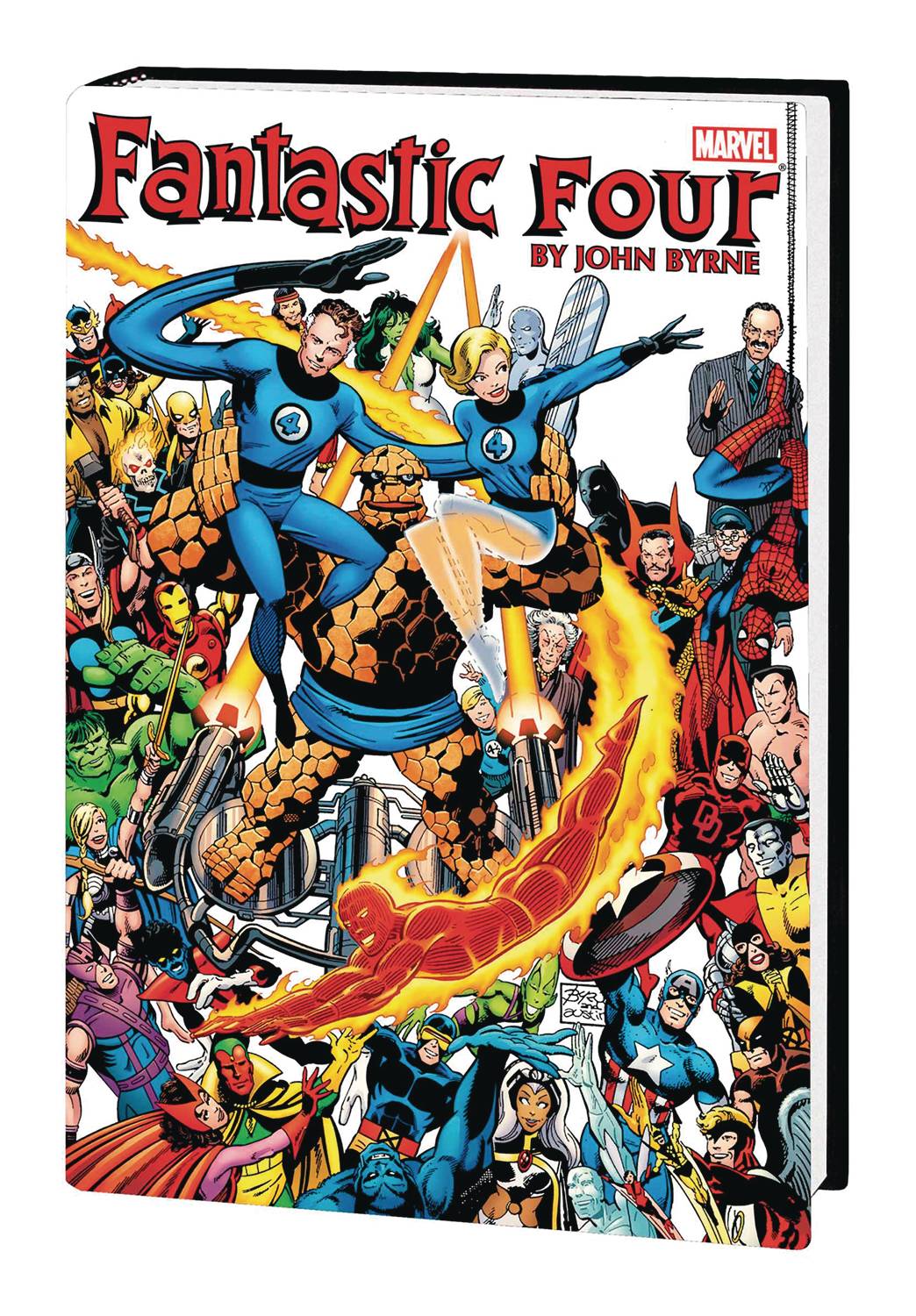 #
JAN221031
(W) John Byrne, VARIOUS (A) VARIOUS (A/CA) John Bryne
It's the world's greatest comic magazine - again! Not since the days of Lee and Kirby had a creator so perfectly captured the intense mood, cosmic style and classic adventure of Marvel's First Family - as legendary writer/artist John Byrne launched Reed, Sue, Ben and Johnny into fantastic realms of imagination and wonder! From the corners of the globe to the vastness of space to the depths of the Negative Zone, the FF face foes old and new, including Dr. Doom, Galactus and Annihilus! Plus: The FF aid the Inhumans, bid farewell to the Baxter Building and celebrate their 20th Anniversary in style, as Byrne reminds us that there's a family at the heart of this team! Collecting MARVEL TEAM-UP (1972) #61-62; MARVEL TWO-IN-ONE (1974) #50; FANTASTIC FOUR (1961) #209-218, #220-221, #232-260 and ANNUAL #17; AVENGERS (1963) #233 and THING (1983) #2.