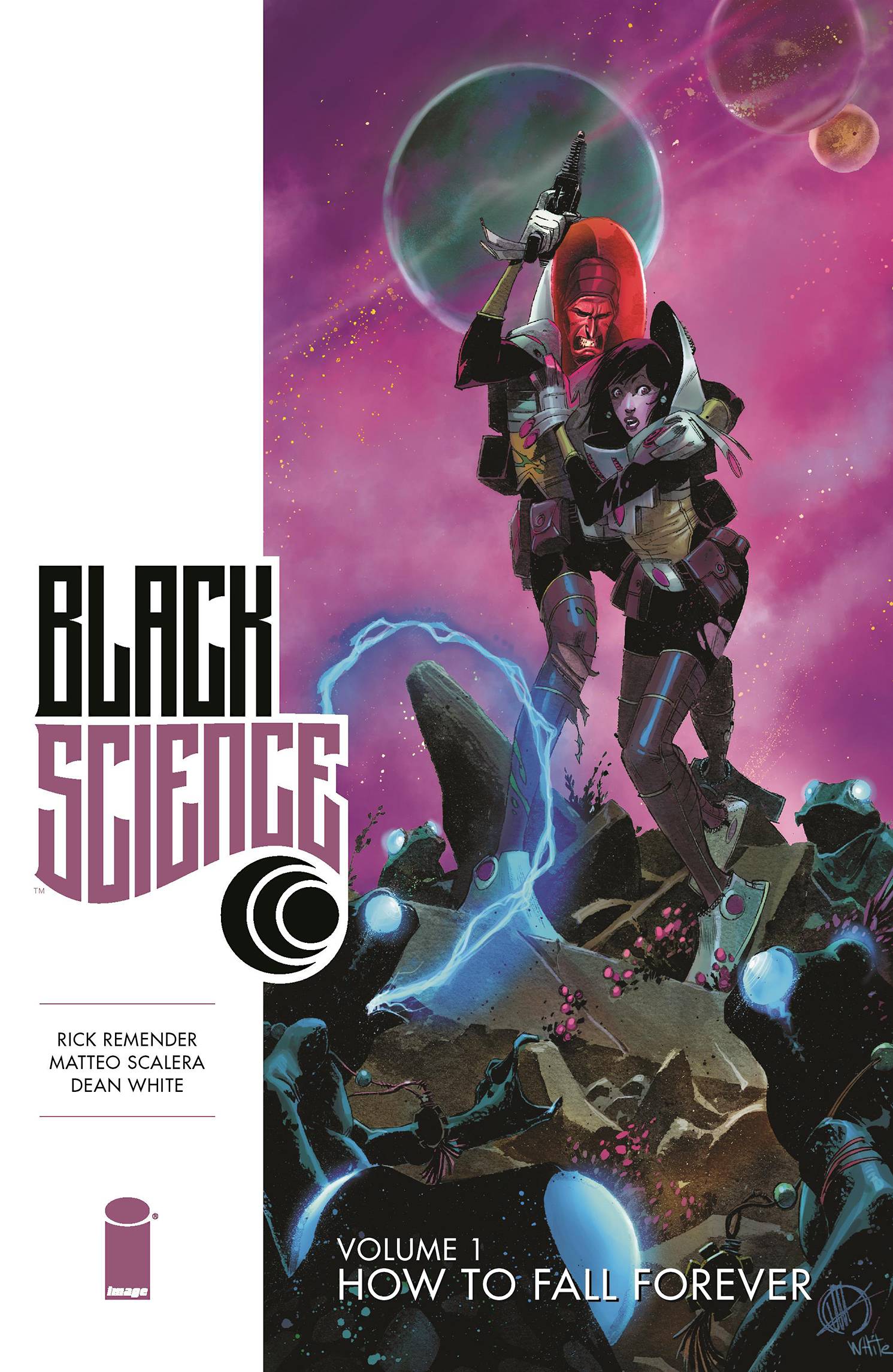 #
JAN220160
(W) Rick Remender (A/CA) Matteo Scalera, Dean White
Grant McKay, former member of The Anarchistic Order of Scientists, has finally done the impossible: He has deciphered Black Science and punched through the barriers of reality. But what lies beyond the veil is not epiphany, but chaos. Now Grant and his team are lost, living ghosts shipwrecked on an infinite ocean of alien worlds, barreling through the long-forgotten, ancient, and unimaginable dark realms. The only way is forward, through the madness of the lightning sea-swamp and a futurepast trenchworld, where the Sons of the Wakan Tech-Tanka wage never-ending war on the savages of Europe! How did the Anarchist League of Scientists end up this deep in the onion? And, who among them sabotaged the Pillar?
In Shops: Feb 23, 2022
SRP: $9.99
View All Items In This Series
PREORDER SUBSCRIBE WISH LIST