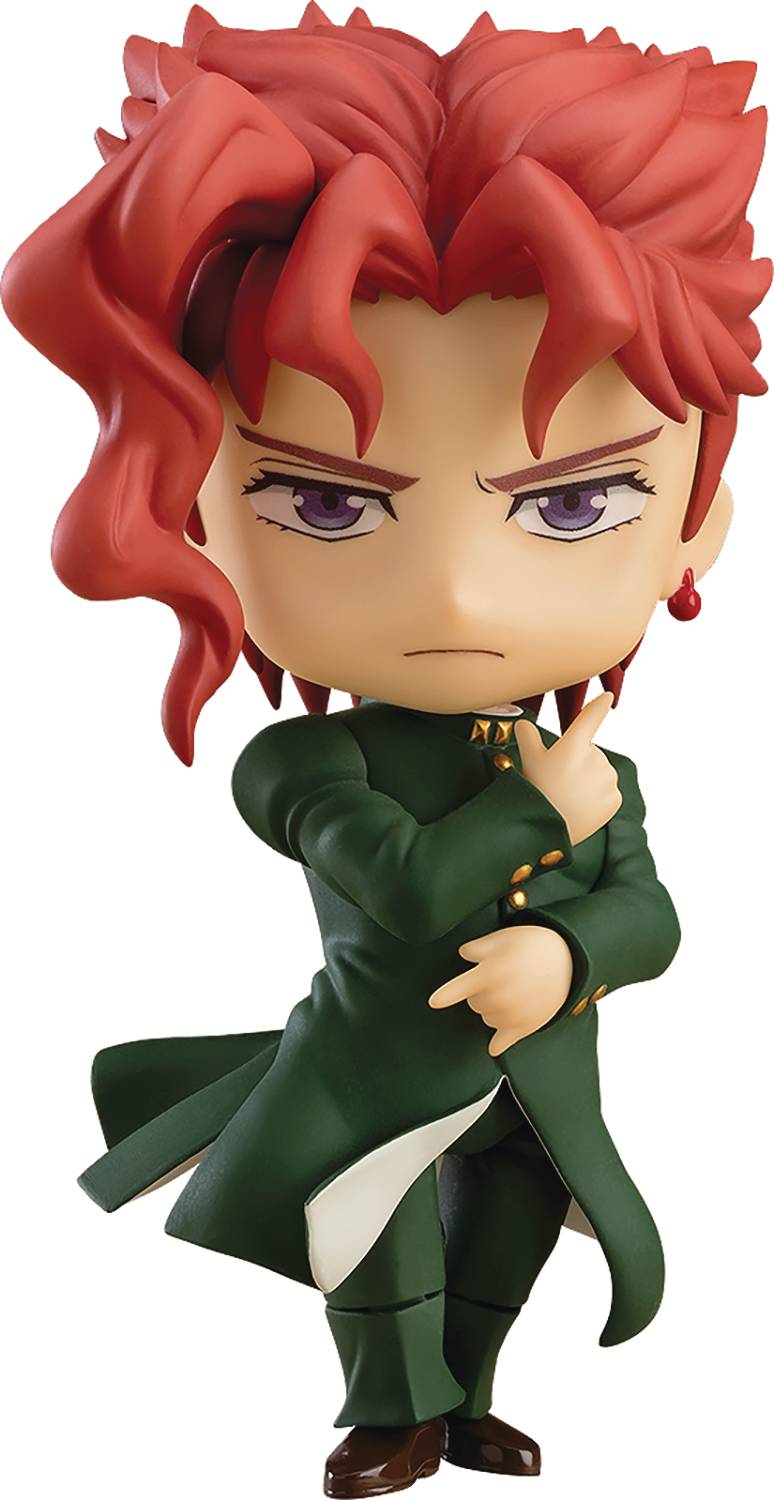 # # # # # #
JAN219101
From Medicos. From the anime JoJo's Bizarre Adventure: Stardust Crusaders comes a Nendoroid of the calm and composed Noriaki Kakyoin! The figure is fully articulated so you can display him in a wide variety of poses. He comes with three face plates including his standard expression, his intrepid emiling expression and his cherry-eating "Rero Rero" expression! His smiling expression features scarred eyes from after his fight with N'Doul, so sunglasses are included as an optional part! Including a hand holding his beloved cherries, he comes with several different hand parts allowing you to recreate your favorite scenes from the series. Effect parts based on his stand, Hierophant Green, are included as well so you can easily recreate battle scenes.