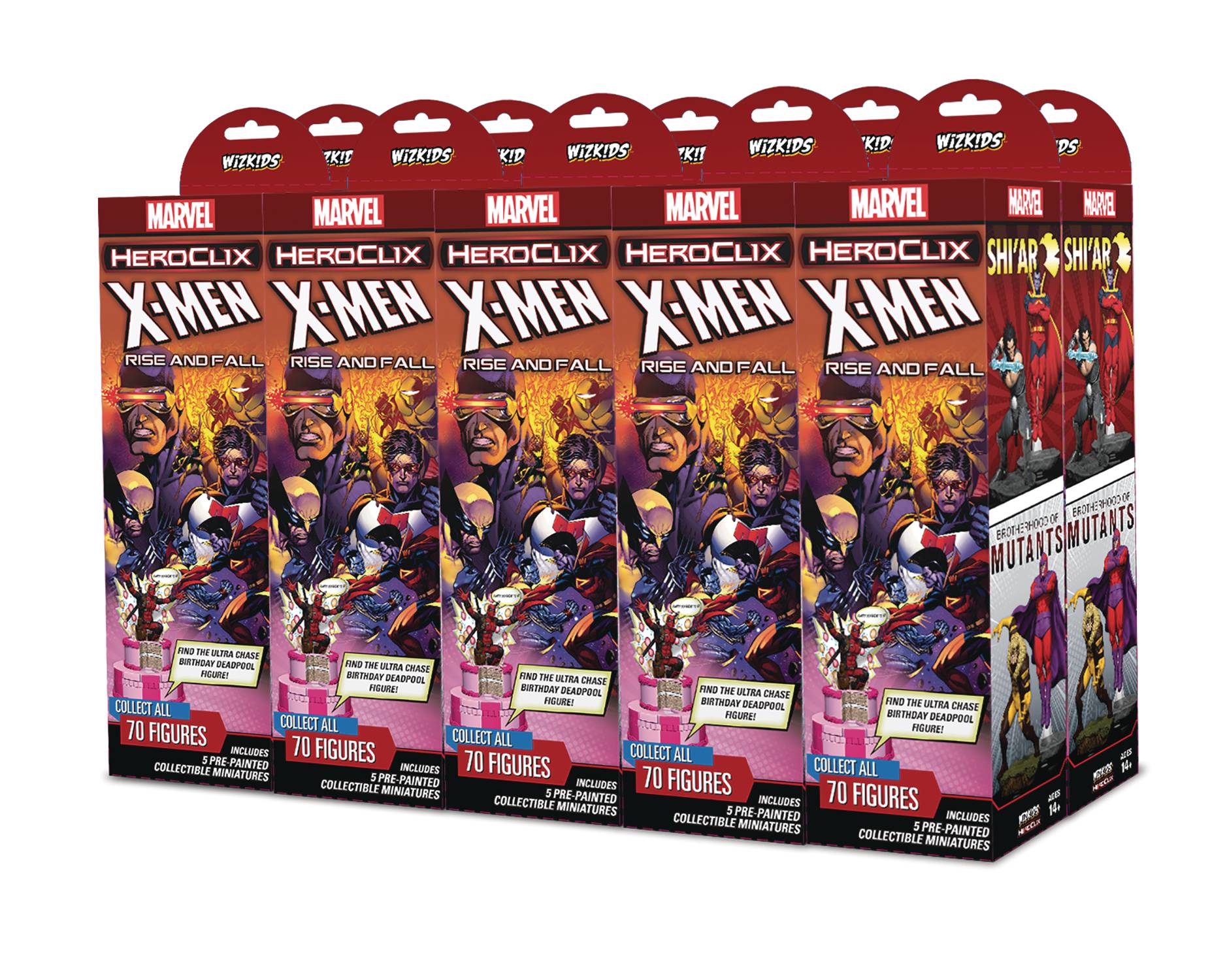 # # # # # # #
JAN218884
The X-Men are no stranger to struggle, but some foes will rock the entire GALAXY! Based on the critically acclaimed story Rise & Fall of the Shi'ar Empire, this HeroClix release has everything! Vulcan is out for revenge against the X-Men, the Shi'ar, and their allies! This 5-figure booster release features beloved X-Men like Wolverine, Mystique, and Professor X, and their enemies like Eric the Red, Silver Samurai, Sabretooth, and more! X-Men Rise and Fall will bring back Krakoan Revival on members of the Quiet Council, as well as showcase some new mechanics like RALLY and SALVAGE! As an extra special bonus, what if we told you there was something EXTRA SPECIAL in this set for Deadpool's 30th birthday?
In Shops: Aug 25, 2021
SRP: $149.90
ORDER WISH LIST