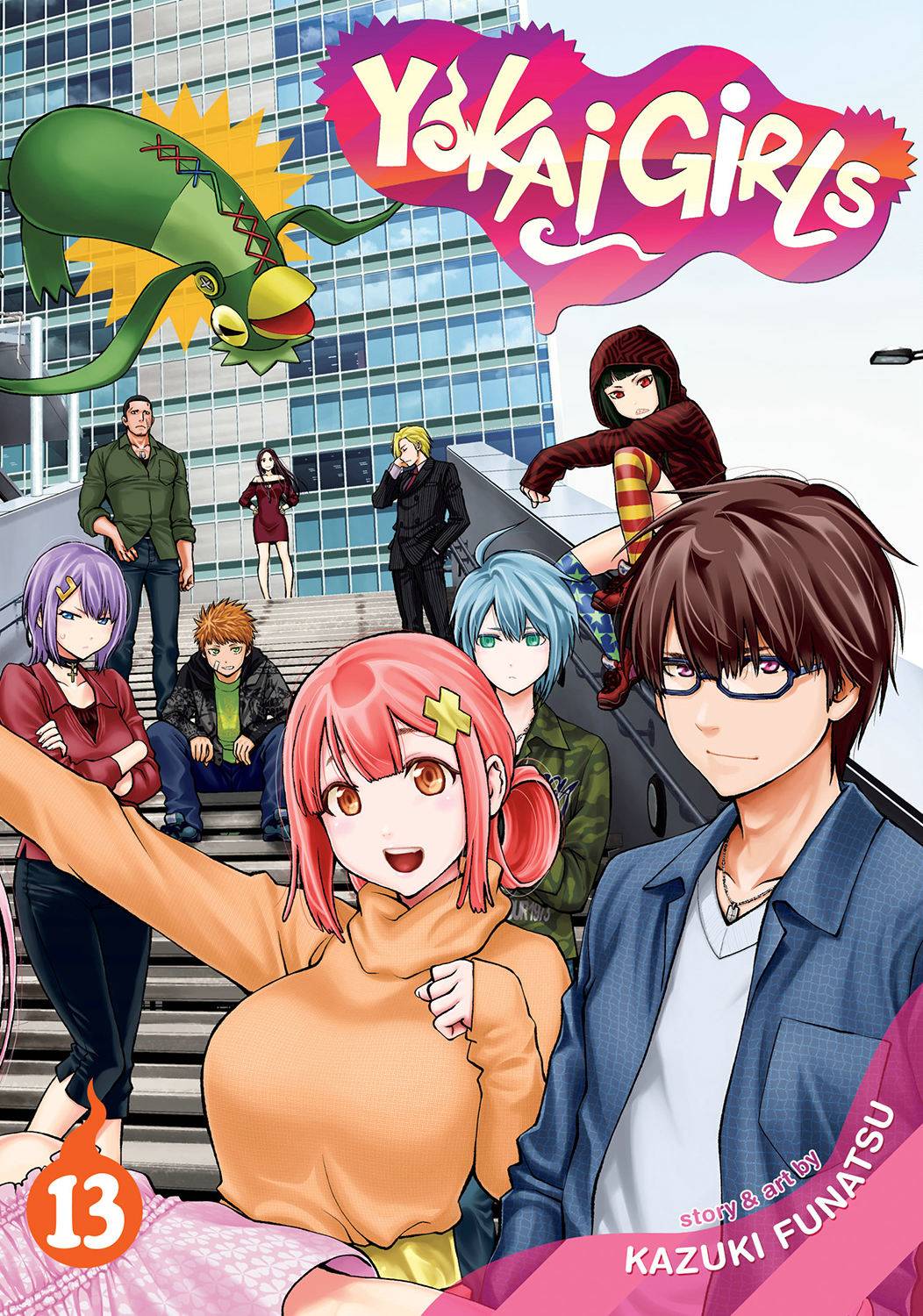 #
JAN211671
(W) Kazuki Funatsu (A) Kazuki Funatsu
Get ready for sexy supernatural shenanigans in this Mature-rated monster girl comedy! Twenty-year-old virgin Nishizuru Yatsuki has always considered himself a fairly normal guy-he's a high school graduate, works a part-time job, and hangs out at a maid cafe. He does have one very special ability: he can see yokai spirits! Usually he copes with these ghostly visions by ignoring them-but everything changes when he meets a beautiful young woman named Rokka. Now Yatsuki's normal days have taken a notably abnormal turn, as he finds himself the sole defender of a growing harem of supernatural-and super sexy-yokai girls!
When Yatsuki journeys to the Guardian's shrine in Shizuoka, he and the Yokai Girls are ambushed by everyone's favorite demon-hunting g-men: GCUP! Yatsuki is out of commission, searching deep inside himself for the power to heal Rokka, so it's up to Tsurugi and the others to hold GCUP off!
In Shops: Apr 28, 2021
SRP: $13.99
View All Items In This Series
ORDER SUBSCRIBE WISH LIST