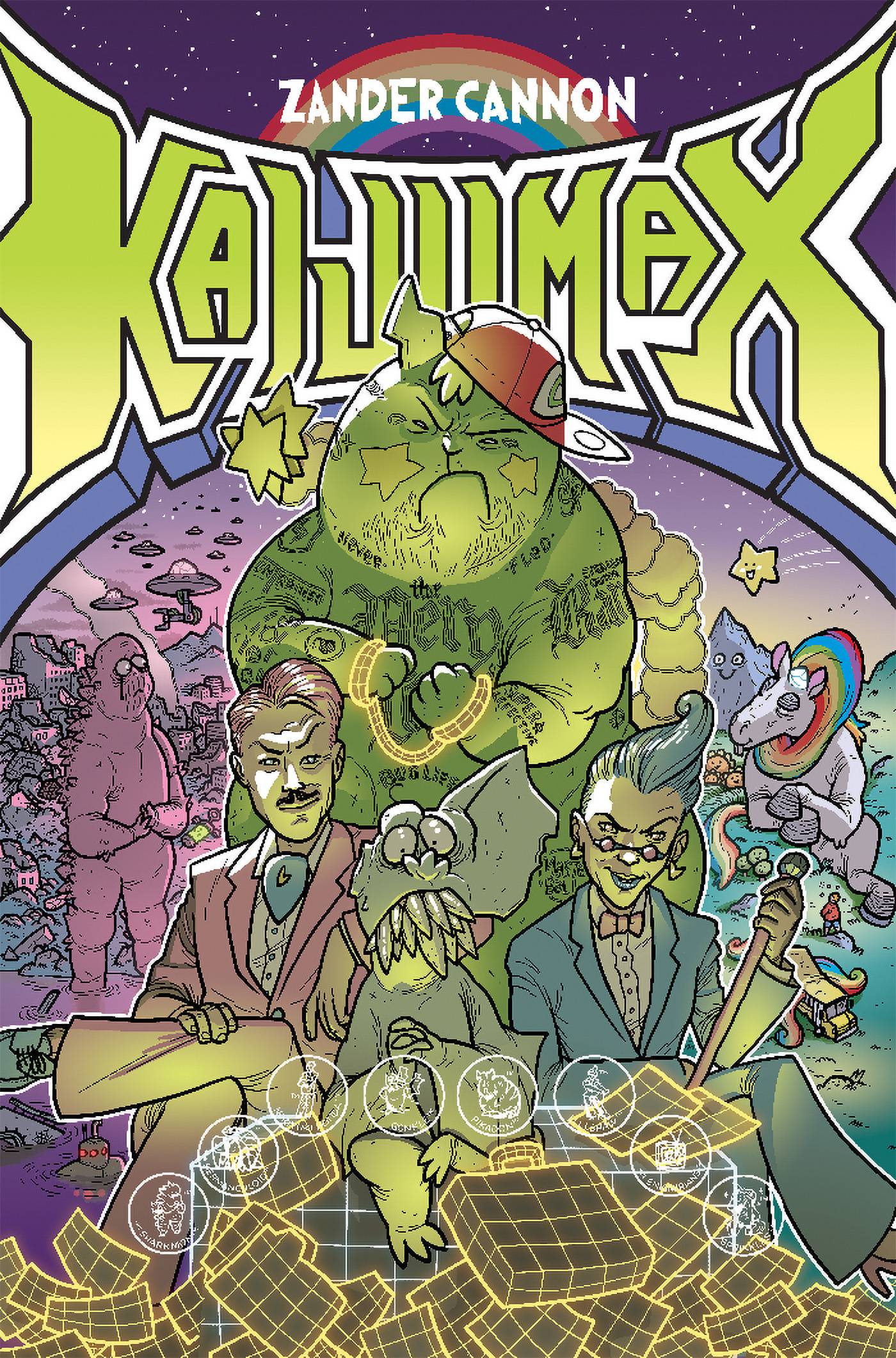 #
JAN211466
(W) Zander Cannon (A/CA) Zander Cannon
THE LONGEST RAMPAGE IS THE ORANGE MILE!
Deep in the bowels of the monster prison KAIJUMAX, death row inmates sit brooding on a lake of fire, awaiting execution. The giant crab Hermanculoid ("Hermie" to his friends), due to die in a matter of weeks, has a glimmer of hope as his lawyers mysteriously resurface with new evidence of police misconduct that goes all the way to the top. In the astral halls of justice, gang boss Pikadon and his flamboyant, amoral Team Legal -and their creepy animal sidekick -fight to sow doubt about the murder he definitely committed. And kindly, long-serving inmate Sharkmon wants to live out his sentence tending his pet sharks and goat, until love, in the form of the mysterious Sprinkles the Unidragon, comes to call. Also: devilish saviors! Self-interested "aliens"! Rhyming legalese! And... illegal child-fighting pits?
In Shops: May 26, 2021
SRP: $19.99
View All Items In This Series
ORDER SUBSCRIBE WISH LIST