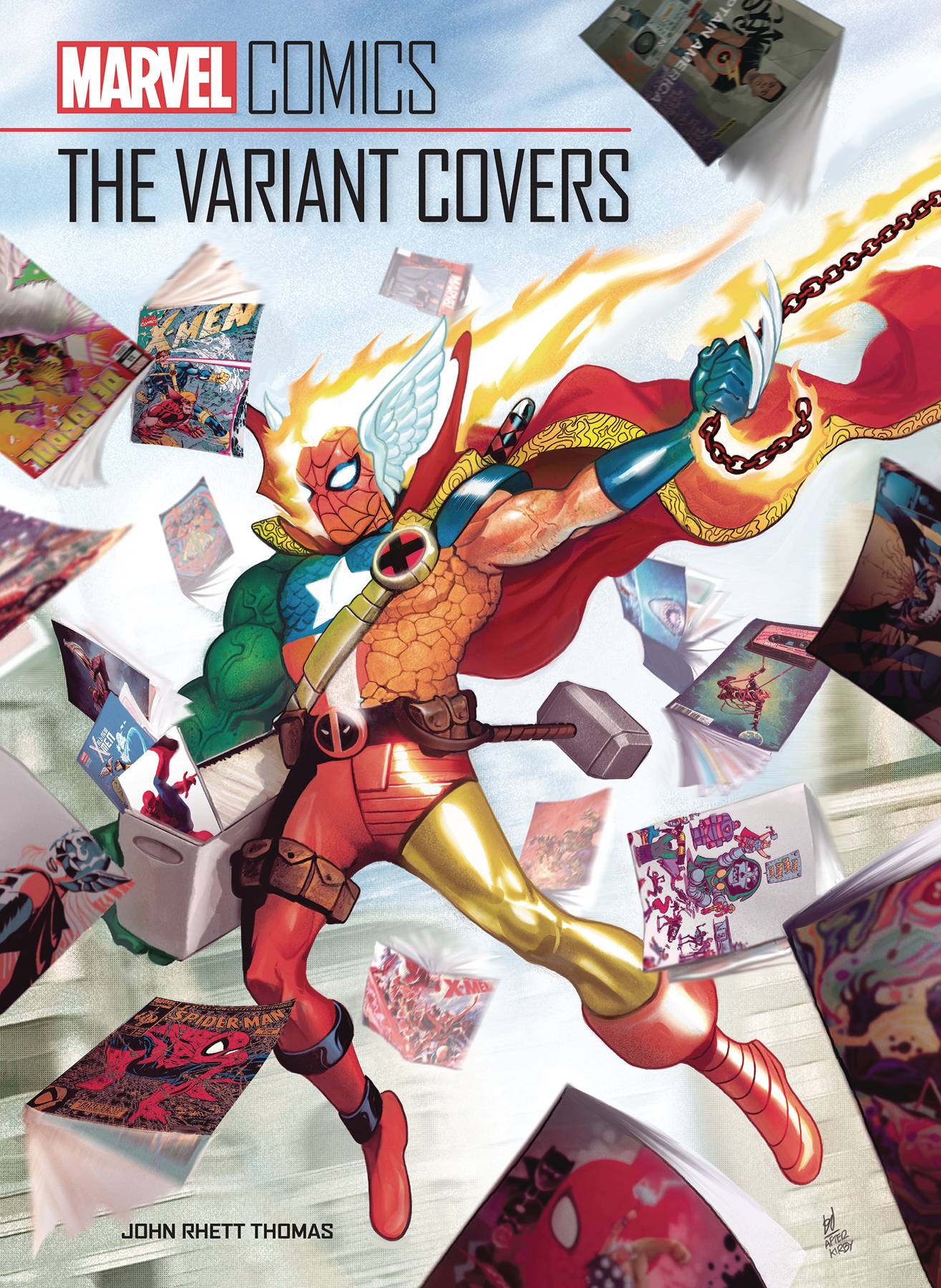 #
JAN211396
(W) John Rhett Thomas (A) Various
Comprising some of the most sought-after and valuable comic art in the world, variant covers are a time-honored tradition in comics publishing. The variant cover phenomenon began in 1986 and was immediately embraced by fans everywhere; it was then bolstered in 1991 by Marvel Comics' X-Men #1 setting the world record for the best-selling comic of all time. The variant cover has become a regular part of Marvel Comics' diverse output, with a spectacularly creative set of alternate covers being created for many key issues. These works of art are collected in Marvel Comics: The Variant Covers, which showcases some of the finest and most famous variant covers ever produced alongside exclusive interviews from leading comic artists and industry experts. Featuring an astounding selection of covers starring fan-favorite characters, this volume is a must-have for casual fans and comic book aficionados alike.
In Shops: Apr 07, 2021
SRP: $45.00