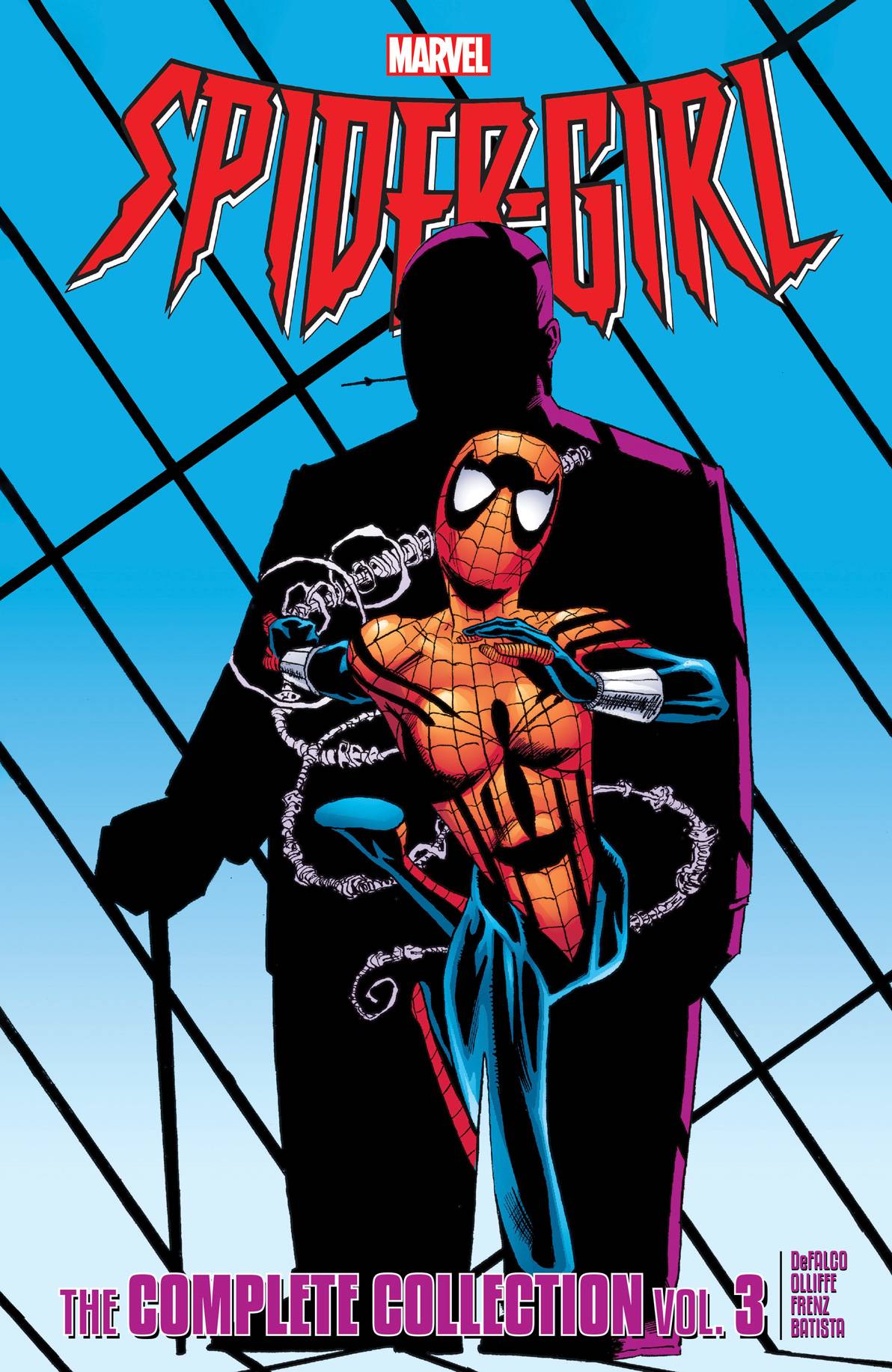 #
JAN210746
(W) Tom DeFalco, More (A) More (A/CA) Pat Olliffe
The adventures of May "Mayday" Parker continue! Who will lead the New York underworld? Will the Green Goblin go good or give grief? What secret is Mary Jane keeping? And who is the mysterious new Spider-Man? There are plenty of questions to answer as a vicious gang war heats up and Spider-Girl struggles to keep order - but when a longtime foe is killed in the cross fire, May finds herself targeted by his family! Can the newest New Warriors help Spider-Girl win the war and survive two vengeance-crazed villains? Wall-crawling gets crowded when a new Scarlet Spider swings into action - and Peter Parker mulls a return to the webs! But even with her dad as backup, can May defeat Apox the Omega Skrull? Plus: Startling secrets of Mayday's past are revealed! Guest-starring the Fantastic Five! Collecting SPIDER-GIRL (1998) #33-50.
Rated T
In Shops: Apr 07, 2021
SRP: $44.99
View All Items In This Series
ORDER SUBSCRIBE WISH LIST