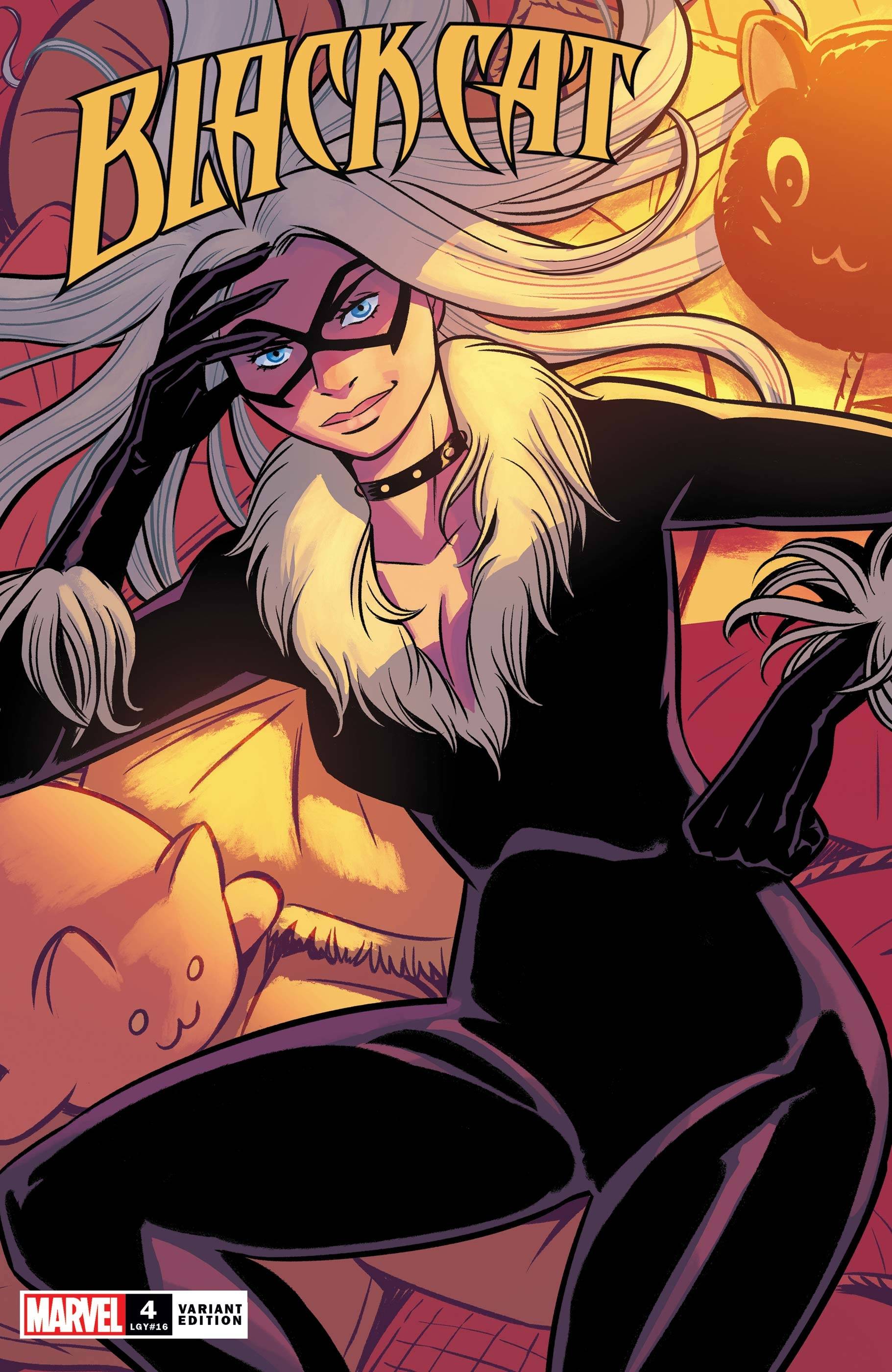 #
JAN210660
(W) Jed MacKay (A) Nina Vakueva (CA) Natacha Bustos
"THE QUEEN CAT"
•  There's another Cat on the scene and she doesn't play nice.
•  Lily Hollister's life has taken some turns. From socialite daughter of the district attorney to fiancée of Harry Osborn to goblinized Menace... The last turn to imitation hero called Queen Cat seems to have stuck.
•  But now that Queen Cat has set her sights on the Black Cat, does Felicia stand a chance? Or will this misguided attempt screw up all of Felicia and Black Fox's plans?
Rated T+
In Shops: Mar 31, 2021
SRP: $3.99
View All Items In This Series
ORDER SUBSCRIBE WISH LIST