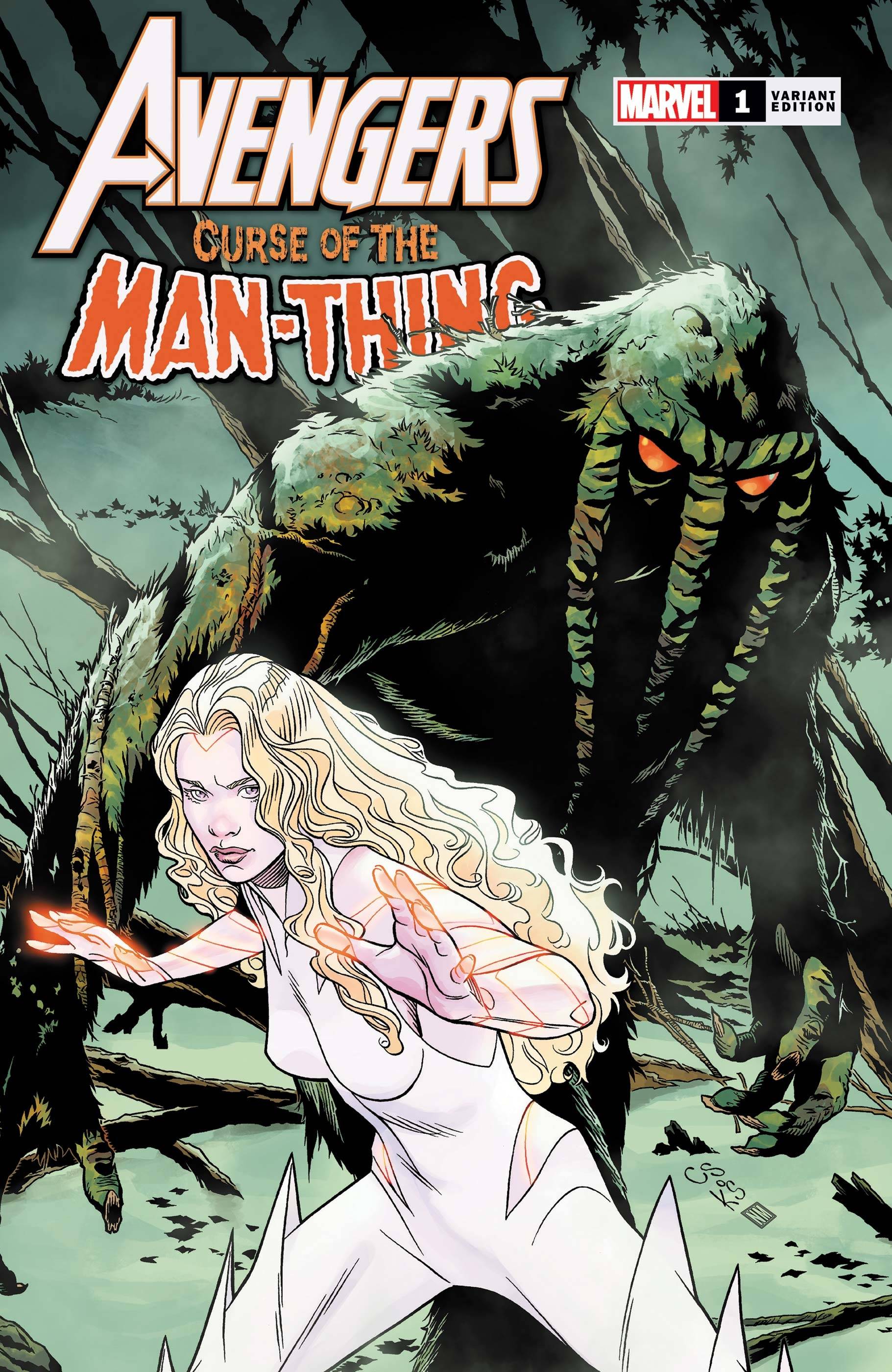 #
JAN210643
(W) Steve Orlando (A) Francesco Mobili (CA) Chris Sprouse
BURN AT THE TOUCH OF THE HARROWER!
Critically acclaimed writer Steve Orlando (Martian Manhunter, Batman, Wonder Woman) makes his Marvel debut with a blockbuster celebration of MAN-THING'S 50TH ANNIVERSARY! For decades, the Man-Thing has haunted the Florida Everglades. Now a new enemy has hijacked his body on a quest to take his incendiary abilities global! We wake to fear as gargantuan monoliths menace cities worldwide, with only the AVENGERS standing between the population of Earth and a planetwide inferno. Can they save Man-Thing in time to douse the fires? And does the man inside the thing, TED SALLIS, even want to be saved? Introducing a sensational new villain, THE HARROWER! PART 1 of 3!
Parental Advisory
In Shops: Mar 31, 2021
SRP: $4.99
ORDER WISH LIST