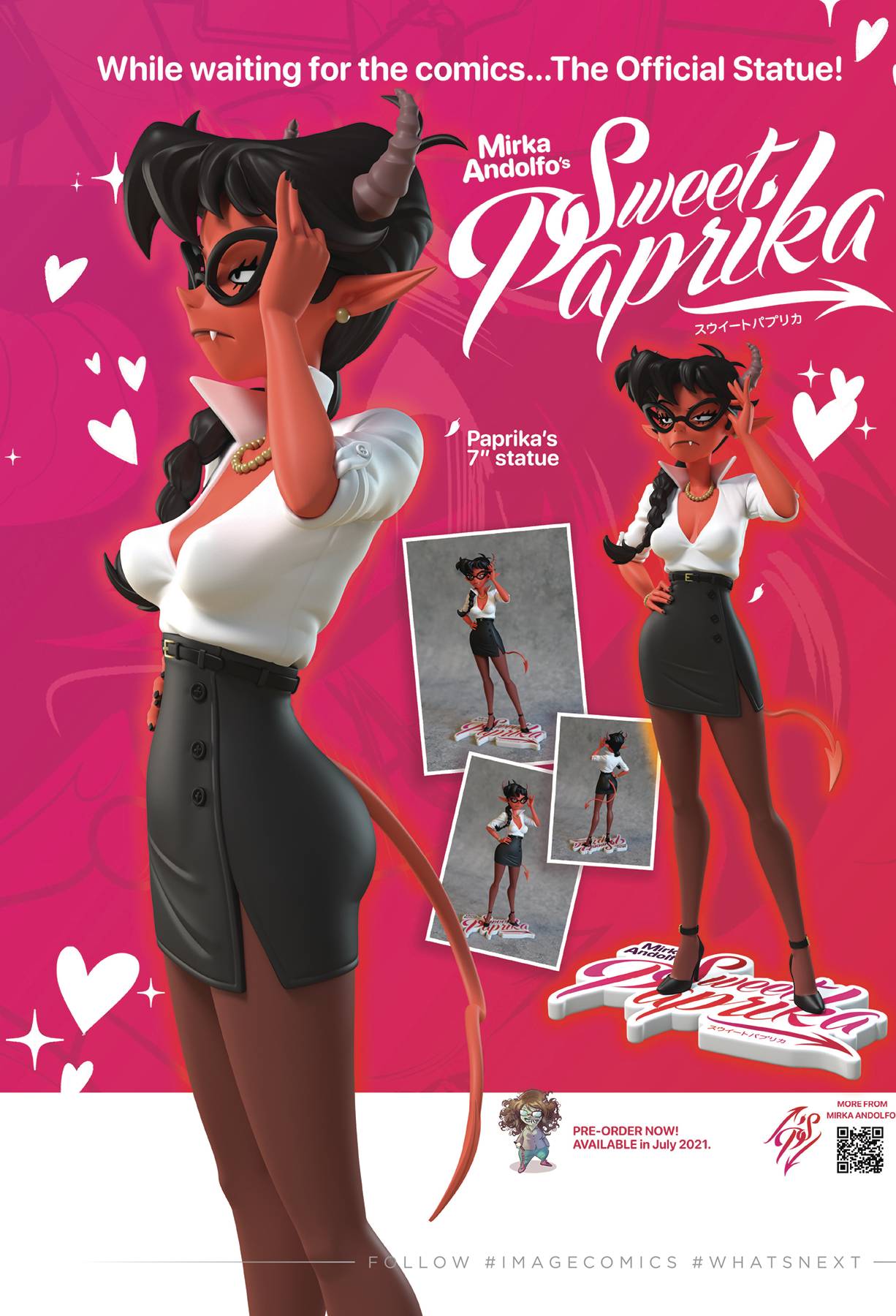 On the heels of a successful Kickstarter campaign (funded in 12 minutes) comes the official 7" highly detailed statue based on the protagonist from the new upcoming Mirka Andolfo's comic book, coming soon from Image Comics! This high-quality statue, sculpted by acclaimed 3D artist Andrew Hickinbottom (Hasbro, Nexus Studios, Microsoft, EA, Coca Cola), is made in resin, and each piece is hand-painted!
In Shops: Nov 10, 2021
SRP: $169.00
ORDER WISH LIST