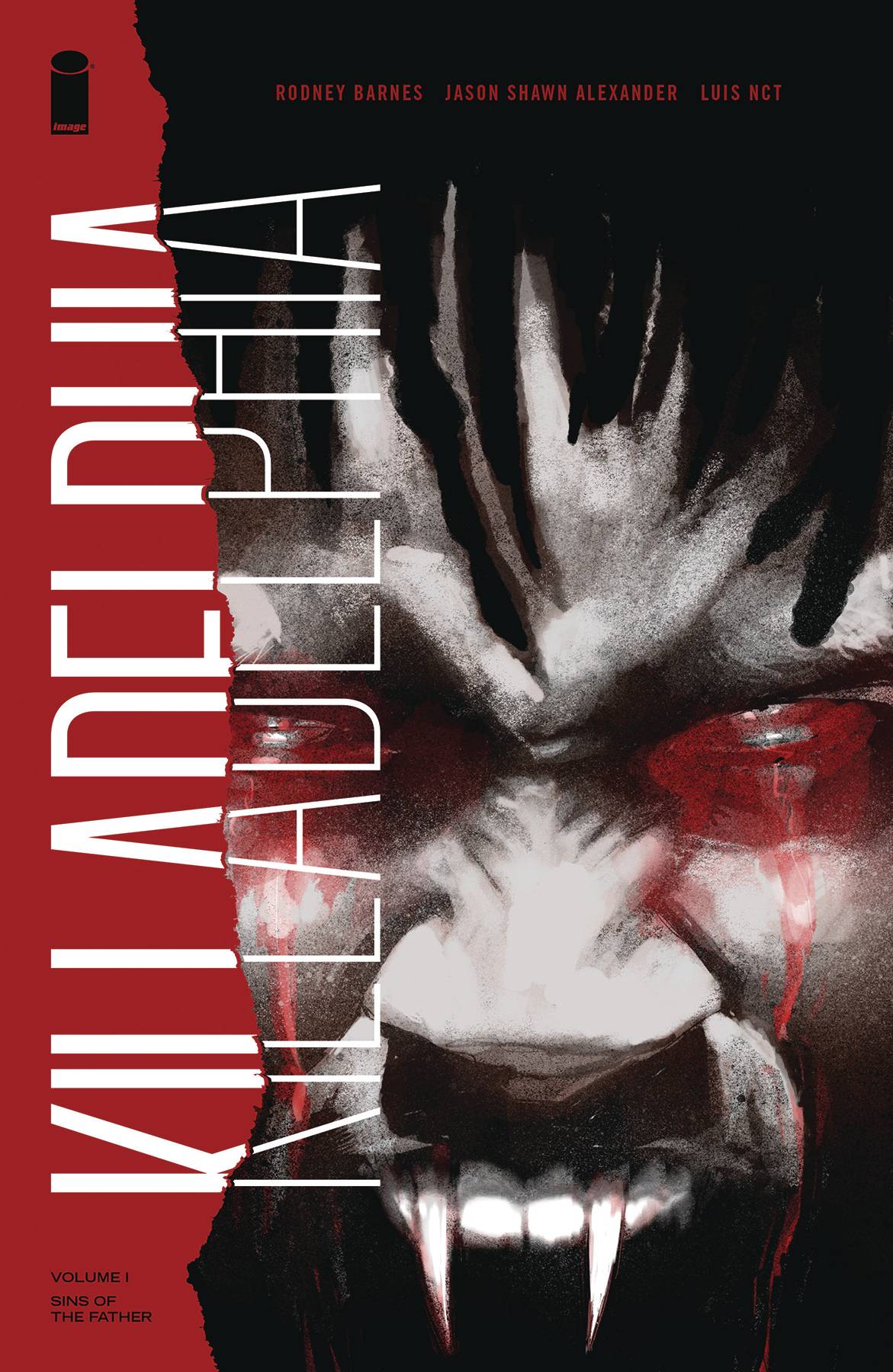 #
JAN210141
(W) Rodney Barnes (A/CA) Jason Shawn Alexander
Featuring the show-stopping talents of SPAWN series artist JASON SHAWN ALEXANDER and the writer behind such hit shows as Wu-Tang: An American Saga, Marvel's Runaways, and STARZ's American Gods-RODNEY BARNES. When small-town beat cop Jimmy Sangster returns to his Philadelphia roots to bury his murdered father, he stumbles into a mystery that will lead him down a path of horrors and shake his beliefs to their core. The city that was once the symbol of liberty and freedom has fallen prey to corruption, poverty, unemployment, brutality...and vampires. There's a reason they say you can't go home again. Welcome to Killadelphia. Collects KILLADELPHIA #1-6.
In Shops: Feb 17, 2021
SRP: $9.99
View All Items In This Series