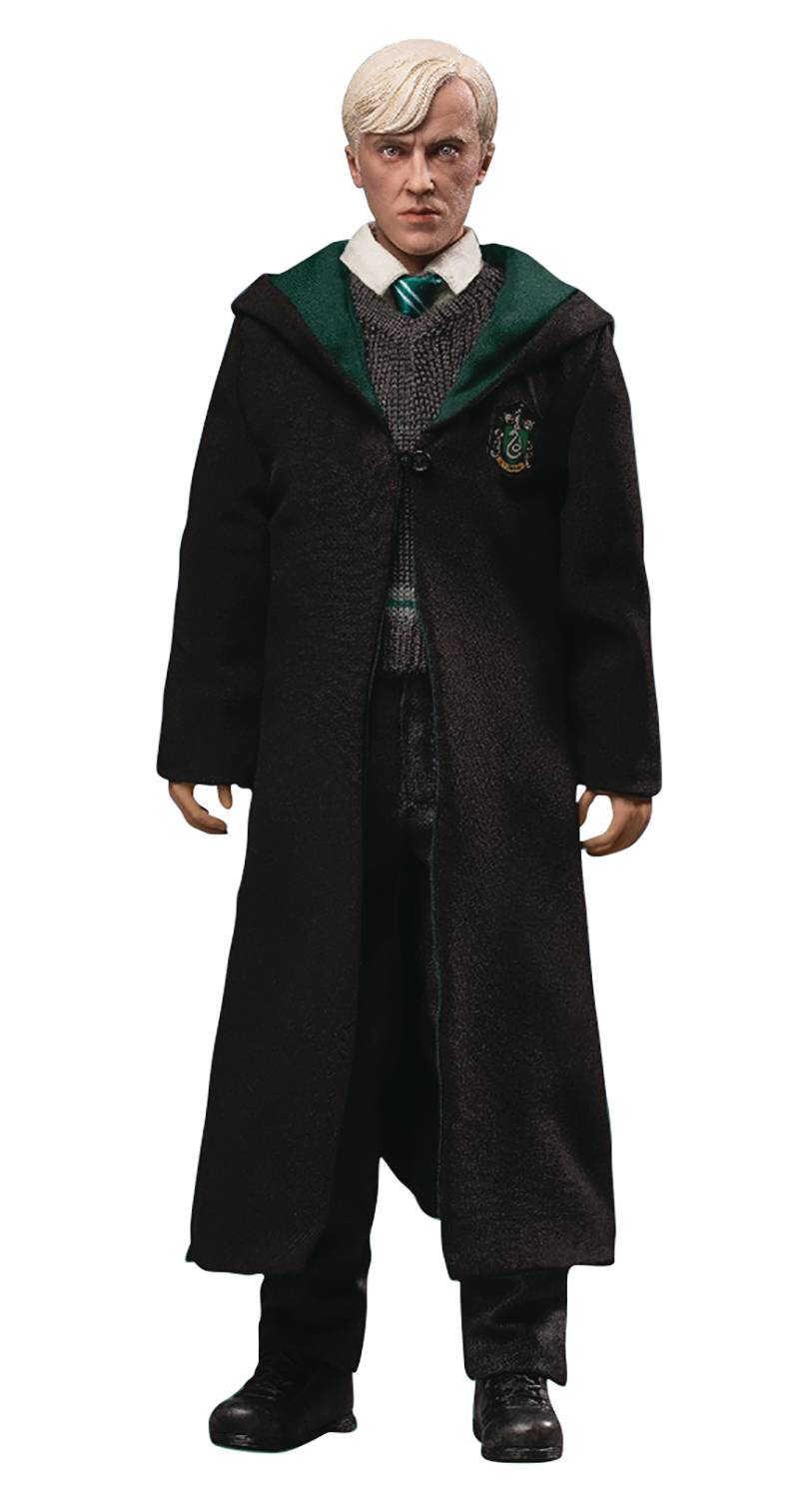 # #
JAN208718
From Star Ace Toys. This 1/6-scale collectible figure of Draco as a teenager has 30 points of articulation and features an authentic portrait of Tom Felton as Draco from Harry Potter and the Half-Blood Prince! He has the Dark Mark tattoo on his left arm. He comes equipped with his wand, including a magical flash effect as if he's just cast a dangerous spell.  He also has a white ferret, his green apple, and his messenger owl. In the Hogwarts Uniform version, Draco wears his house Slytherin robes, tie and sweater with the white shirt and black pants and shoes worn by all Hogwarts students. In the Suit version, Draco wears a stylish black suit, shirt and tie. The Deluxe version has both costumes as well as extra accessories: The Monster Book of Monsters, his Prefect badge, and his Nimbus 2001 Broomstick. 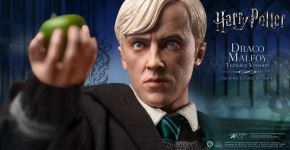