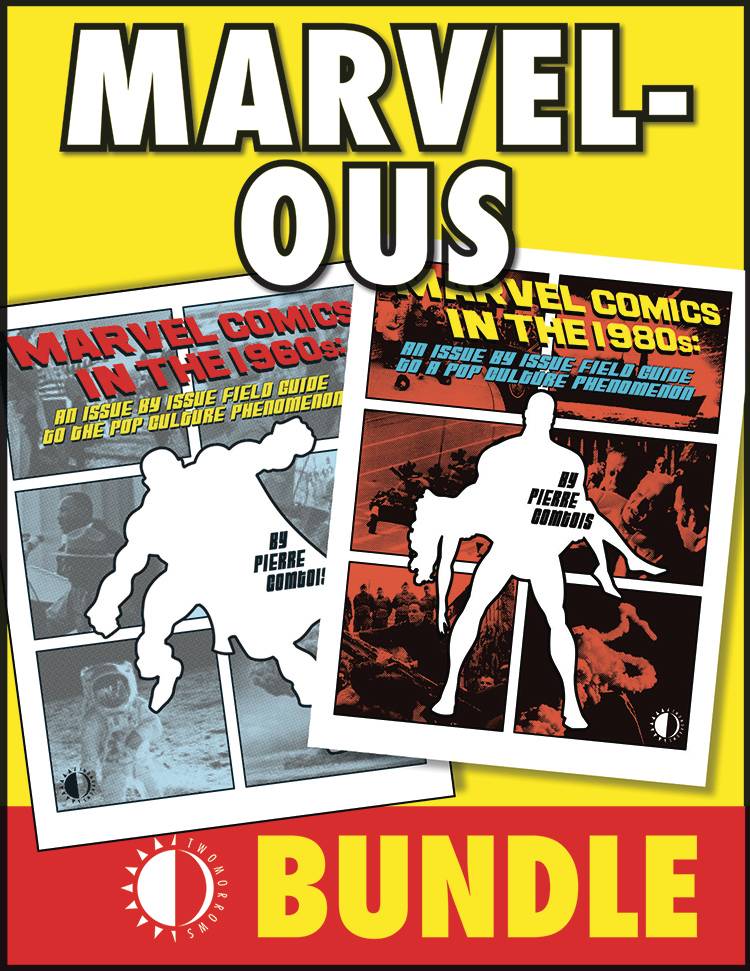 #
JAN202050
Two great Marvel history books, together in one TwoMorrows Bundle! The Marvel-ous Bundle gives a step-by-step look at how Marvel Comics emerged as one of the most dynamic and original pop-culture forces in the artistic life of America. Marvel Comics in the 1960s takes the reader from the legendary company's first fumbling beginnings to explain how Stan Lee, Jack Kirby, Steve Ditko, and others created a line of comic books that created full-blown pop culture icons. Then, Marvel Comics In The 1980s covers the company's move into a darker era with the Chris Claremont/John Byrne X-Men, Frank Miller's Daredevil, the New Universe, Roger Stern's Avengers and Spider-Man, and dark heroes like Wolverine and the Punisher. Normally over $55 separately, get both for only $39.95!
In Shops: TBD
SRP: $39.95