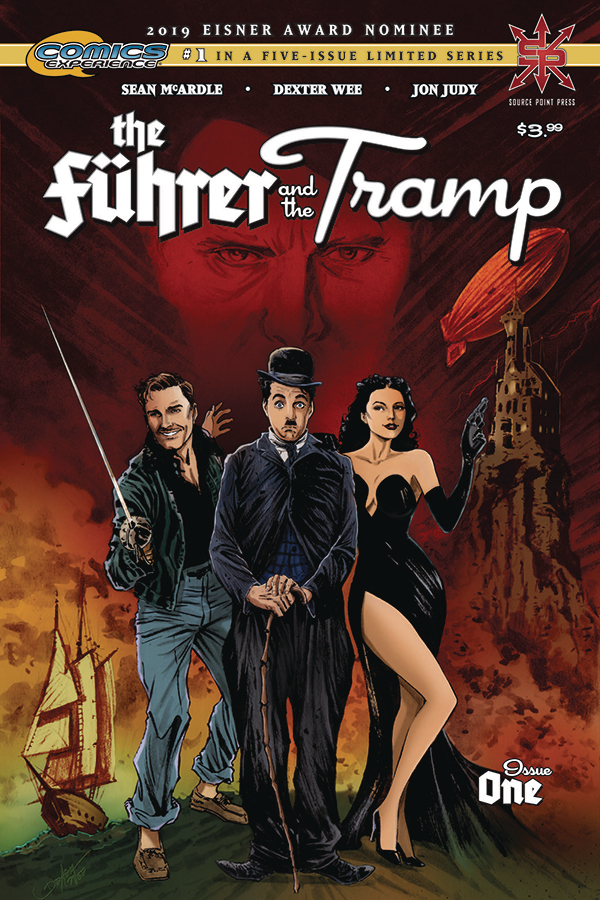 JAN201976
(W) Sean McArdle, Jon Judy (A) Dexter Wee
The critically acclaimed, Eisner-nominated comic comes to print for the first time! Charlie Chaplin - comic, filmmaker, and raconteur - didn't become the world's biggest star by courting controversy, but when he comes face-to-face with the horrors of Hitler, he feels compelled to get off the sidelines and get involved. And then Charlie is approached by FDR himself with a special assignment. His mission, if he chooses to accept it: create a propaganda film to drum up public support for joining the war in Europe!
In Shops: Mar 25, 2020
SRP: $3.99
View All Items In This Series