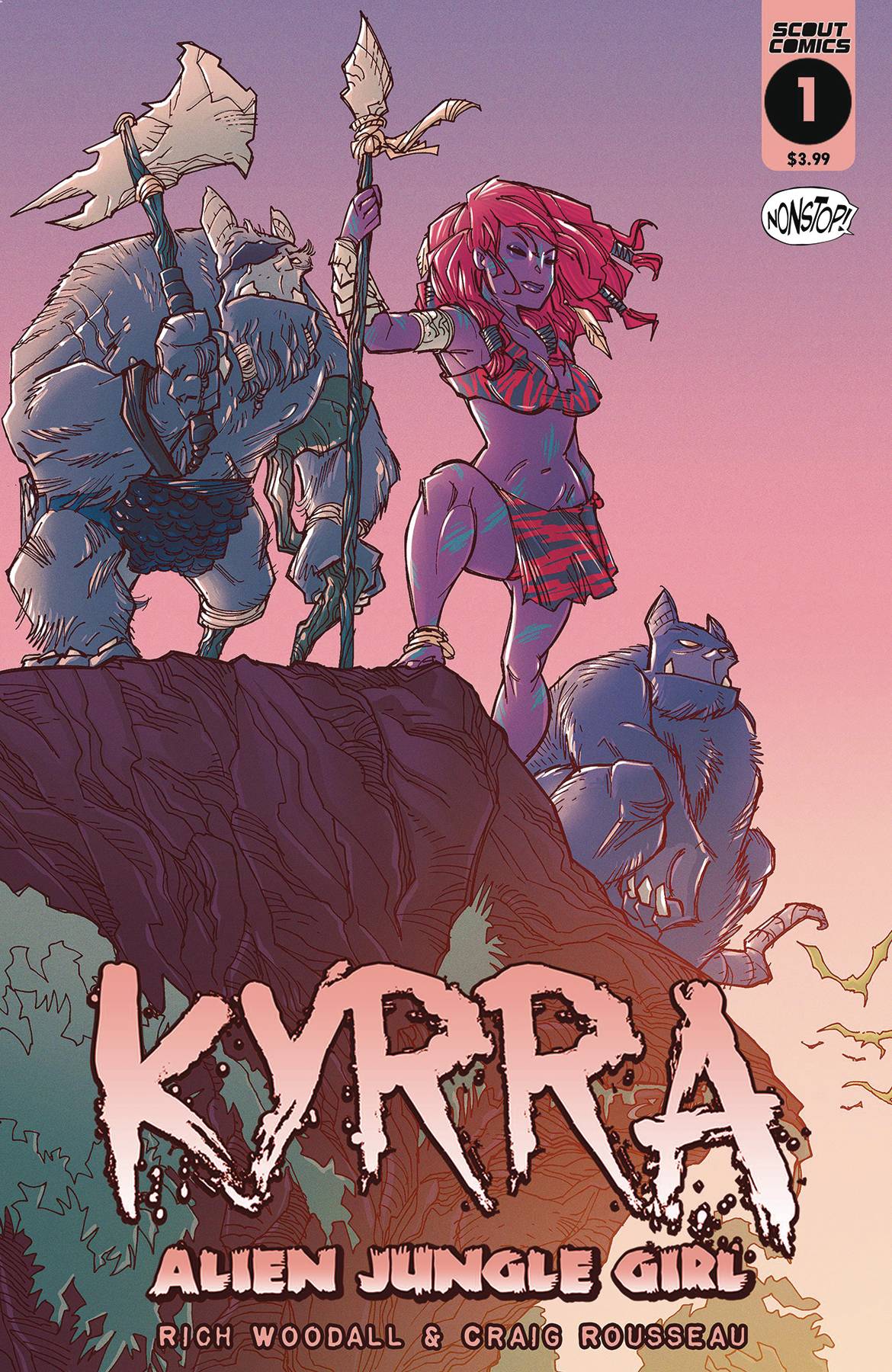 #
JAN201957
(W) Rich Woodall (A) Craig Rousseau
Left for dead on an alien planet, Kyrra was taken in and raised by a primitive tribe of demon apes. She has no memory of her previous life and has assimilated to the ways of her adopted family, yet she still looks to the stars and wonders... Where did she come from? What's out there for her? On her 16th birthday she gets a clue to her origins and sets out for an adventure that will take her beyond the Alien Jungle Girl she knows.  Kyrra is a combination of Tarzan and Planet of the Apes.
In Shops: Mar 25, 2020
SRP: $3.99
View All Items In This Series