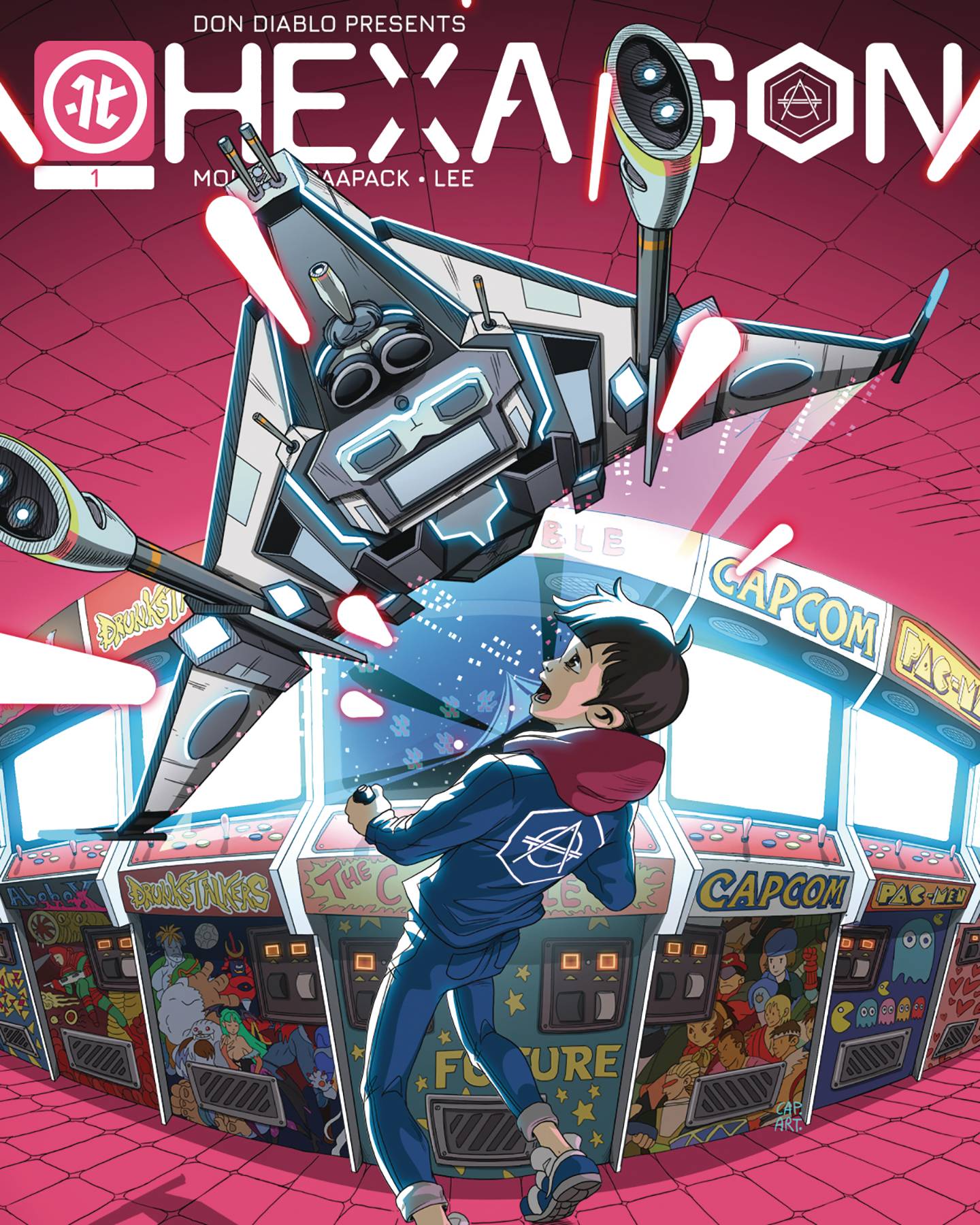 #
JAN201838
(W) Michael Moreci (A) Jheremy Raapack (CA) Julien Cittadino
It's the 1980s and all twelve-year-old Don wants to do is play video games at the local arcade. Don's father, however, refuses to let him play. Egged on by his friends and trying to impress a girl, Don sneaks out to join an all-night game-a-thon. Defying the odds (and on his first quarter ever!), Don beats Crucible, a game long considered unbeatable. In an instant, his world is turned upside down when his victory triggers an alien invasion and sucks him into an intergalactic battle that has been raging for years...a battle his father was desperately trying to protect him from.
In Shops: Mar 18, 2020
SRP: $3.99
View All Items In This Series
ORDER SUBSCRIBE WISH LIST