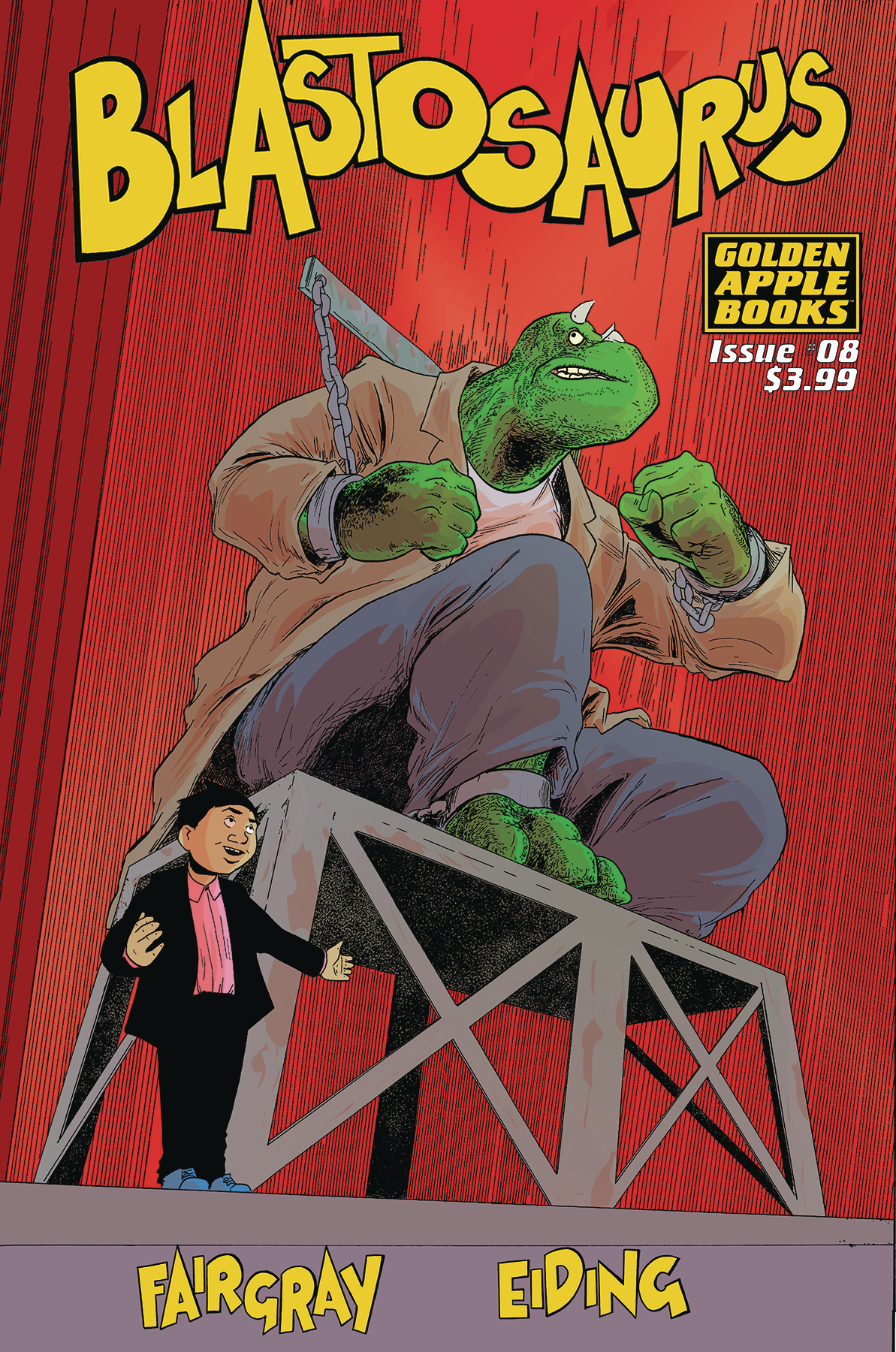 JAN201804
(W) Richard Fairgray, Paul Eiding (A/CA) Richard Fairgray
Blastosaurus has become an (unwilling) overnight celebrity! You can't swing a cat in Freak Out City without hitting some off brand Blasto merch. Unprepared for this change, Blasto is in hiding, sneaking from room to room of Richard's apartment, hoping Richard's mother doesn't catch him. Of course, this is what Tabby and Richard have wanted all along, and they waste no time in making the most of having a famous friend. How will Blasto deal with his new found fame? Is knowing a celebrity all it's cracked up to be?
In Shops: Apr 29, 2020
SRP: $3.99
View All Items In This Series