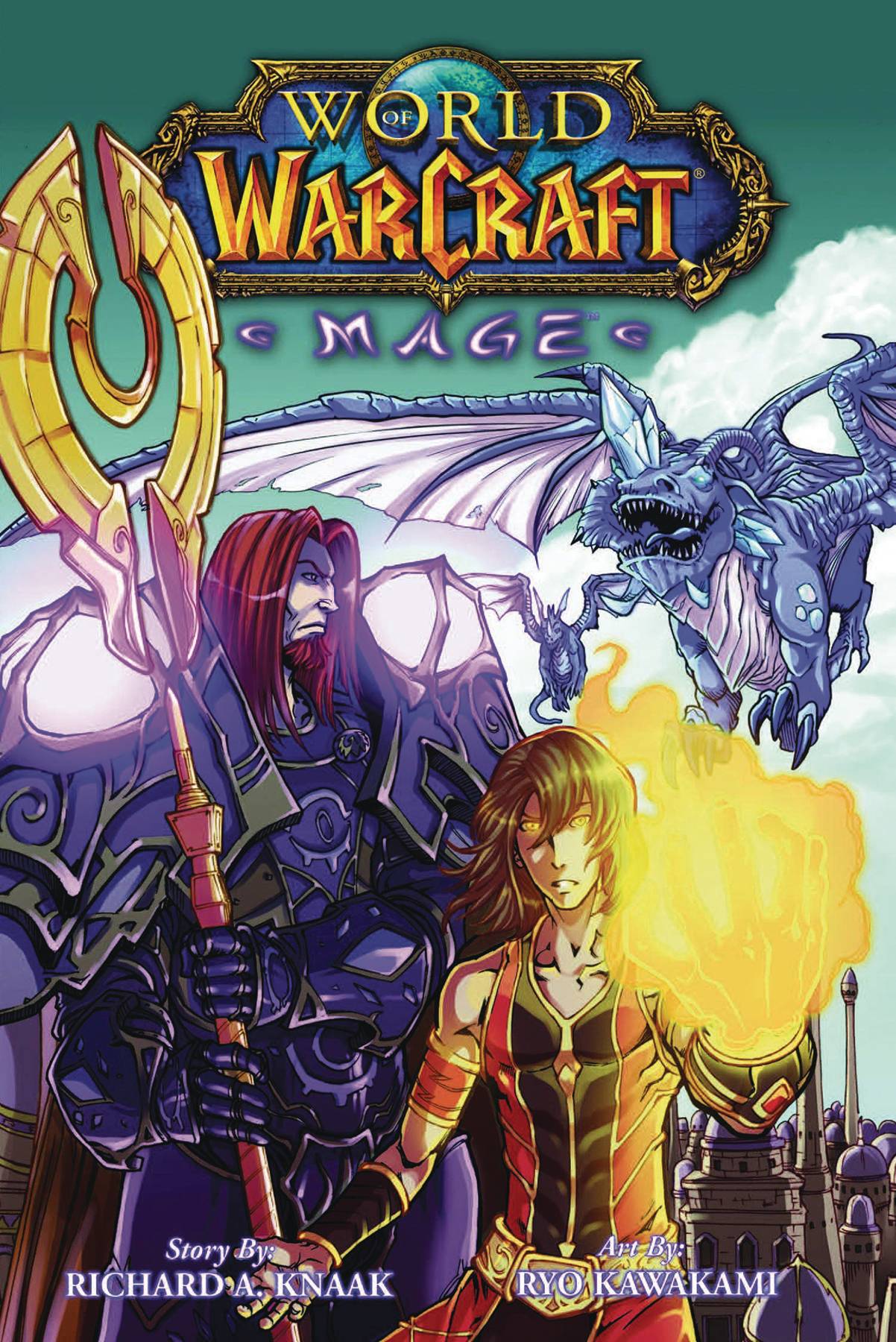 #
JAN201627
(W) Richard A. Knaak (A/CA) Ryo Kawakami
Aodhan comes from a lineage that includes some of Azeroth's most heroic paladins and warriors, but the whip-smart young man is not built for physical combat. He's thin, bookish, and he desperately wants to be a mage. After his controlling father forbids him to practice magic, Aodhan flees to study the arcane arts in the city of Dalaran. Yet Aodhan's dream of becoming a powerful spellcaster is violently interrupted when a host of blue dragons lays siege to Dalaran. But there is a darker secret behind Dalaran's dire situation, and Aodhan might be the only one who can end the schemes that threaten the city, becoming the hero his family never thought he could be.
In Shops: May 27, 2020
SRP: $12.95