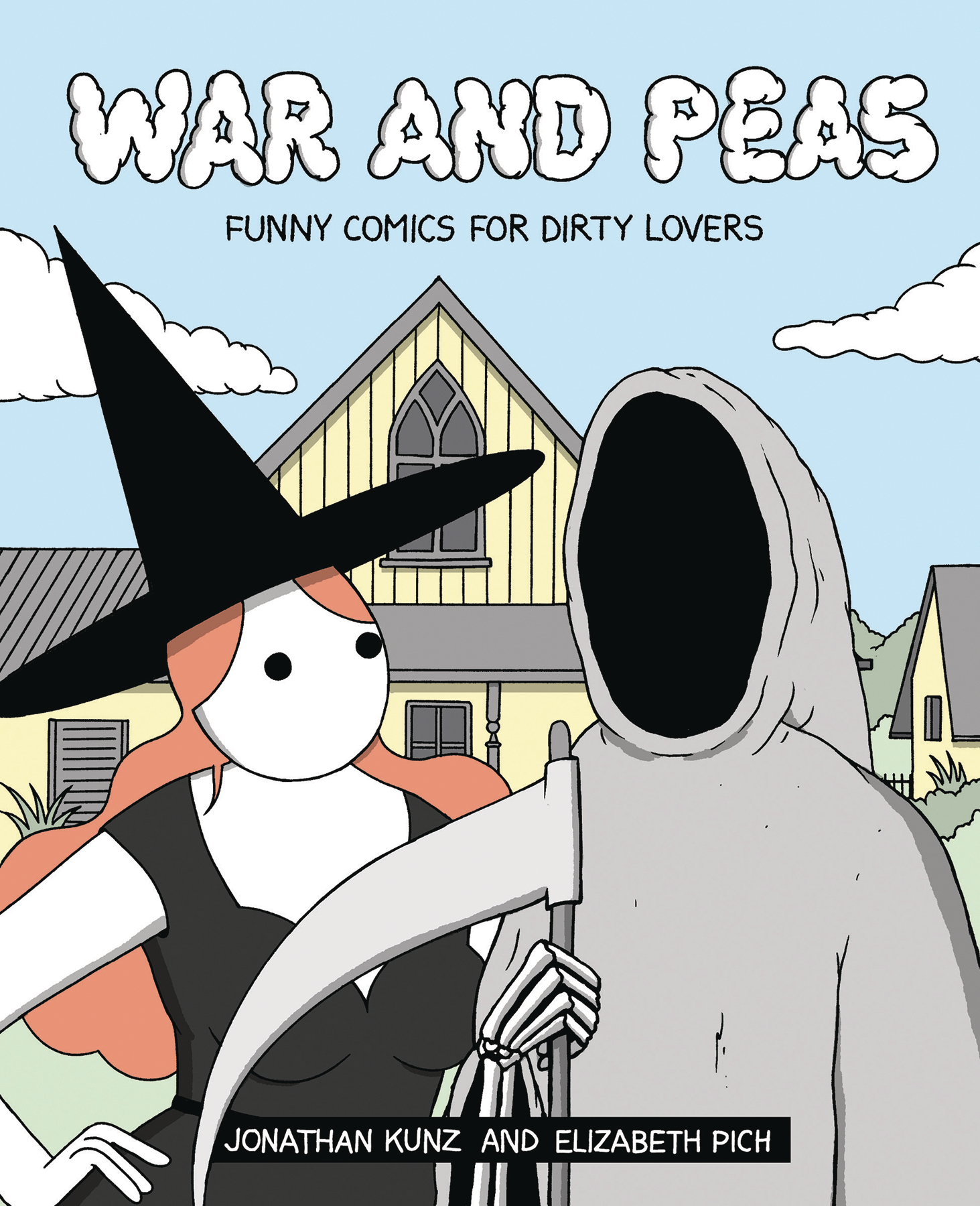 JAN201514
From the creators of the hugely popular Instagram comic War and Peas, this offbeat four-panel comic features a dark, fairy-tale aesthetic and a twist ending each time. War and Peas: Funny Comics for Dirty Lovers combine twisted humor with a beloved cast of characters including the grim reaper (seen here as an unintentionally lethal man of leisure), a robot in hopelessly in love with his scientist creator, and a promiscuous yet self-assured witch. Unlike most webcomic collections, this one tells a story using dozens of never-before-seen comics to chronicle the lives of several different characters and their follies during life, death, and their glorious reunions in the the afterlife (and the after-afterlife).
In Shops: Mar 04, 2020
SRP: $14.99