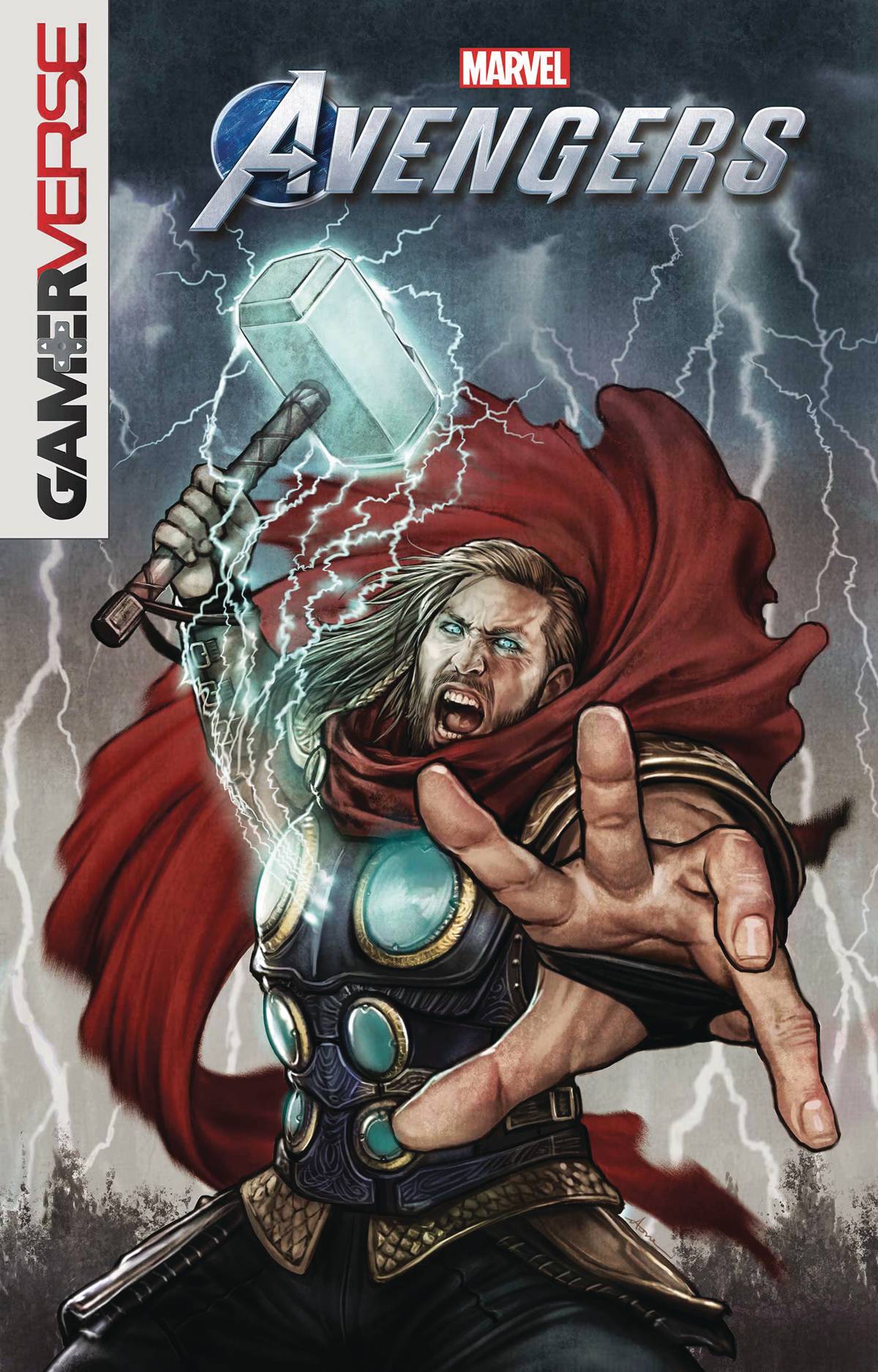 #
JAN201063
(W) Jim Zub, Paul Allor, Christos Gage (A) Paco Diaz, Robert Gill, More (CA) Stonehouse
All-new stories leading directly into the highly anticipated game! When the Lethal Legion strikes, co-opting Tony Stark's technology, it's up to Iron Man to stop the leak. But can his teammates be trusted? Then, when the God of Thunder lends his hammer, Mjolnir, to aid Stark with a new experiment, it leads to an unexpected Asgardian encounter - and a titanic Thor vs. Hulk battle! Bruce Banner is trying to regulate his inner beast once and for all - but a catastrophe may spell the end for more than just the curse of the Hulk! Plus: Captain America and the Black Widow take the spotlight as the stage is set for the earthshaking events in MARVEL'S AVENGERS! Collecting MARVEL'S AVENGERS: IRON MAN, THOR, CAPTAIN AMERICA, HULK and BLACK WIDOW.
Rated T+
In Shops: Aug 05, 2020
SRP: $15.99