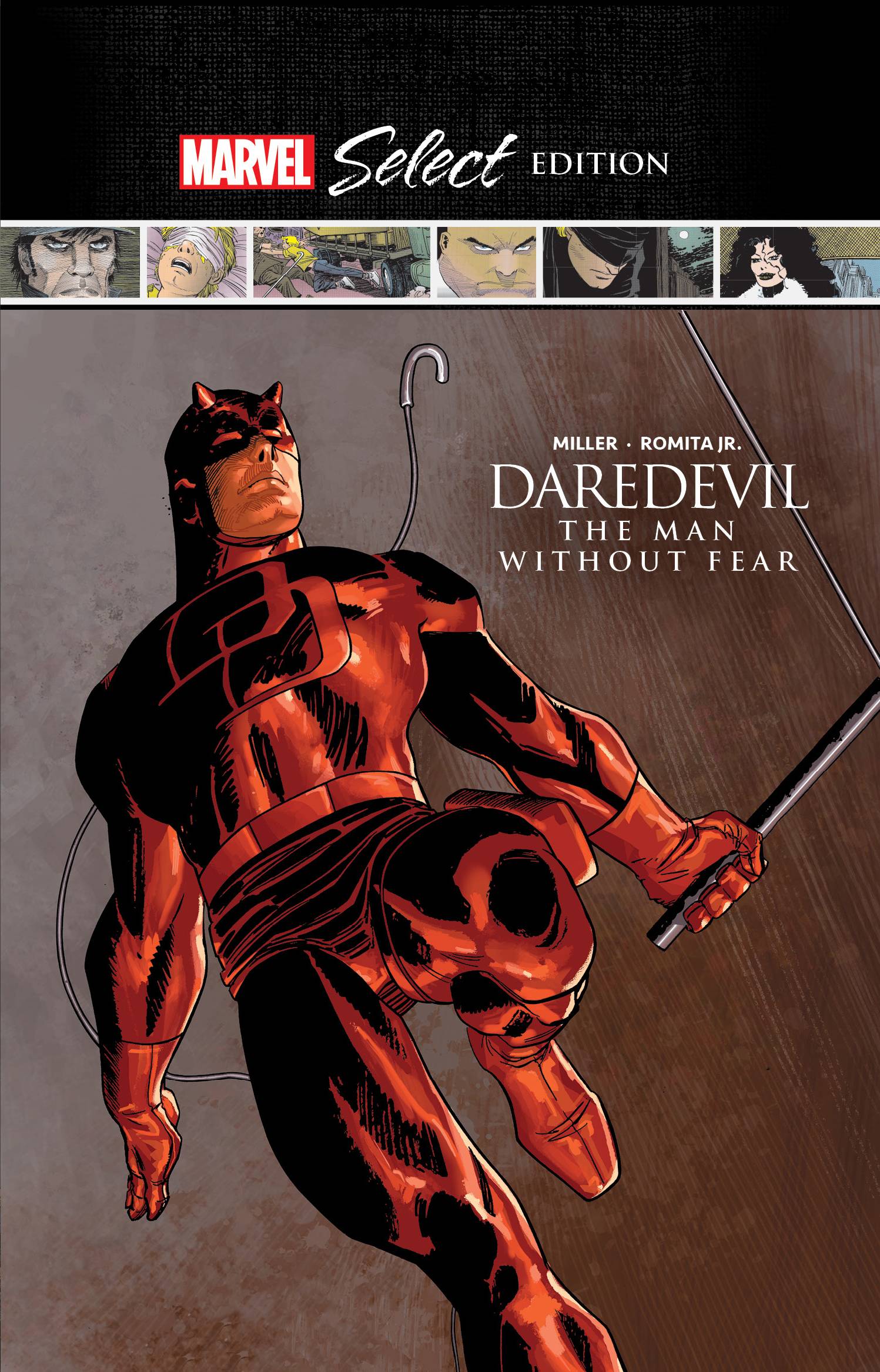 #
JAN201042
(W) Frank Miller (A/CA) John Romita
Continuing the series of graphic novels handpicked by Marvel Editorial to showcase pivotal storylines written and drawn by some of Marvel's most acclaimed creators! A fire burns deep within Matt Murdock. He was raised by a single father, an over-the-hill prizefighter with one last chance to make it good - a chance that cost him his life. Taunted and tormented by the other children while growing up, Matt's life was irrevocably altered after he was blinded by radioactive materials while saving an old man's life. The payoff? Though his sight was gone forever, his other four senses had become superhumanly enhanced - and his difficult childhood had instilled in him a keen intelligence and an unbreakable will. Matt Murdock's story is one of love, pain, disappointment and strength. Witness the tour de force origin of Daredevil, the Man Without Fear, by industry legends Frank Miller and John Romita Jr.! Collecting DAREDEVIL: THE MAN WITHOUT FEAR #1-5..
Rated T+
In Shops: Oct 28, 2020
SRP: $24.99
ORDER WISH LIST