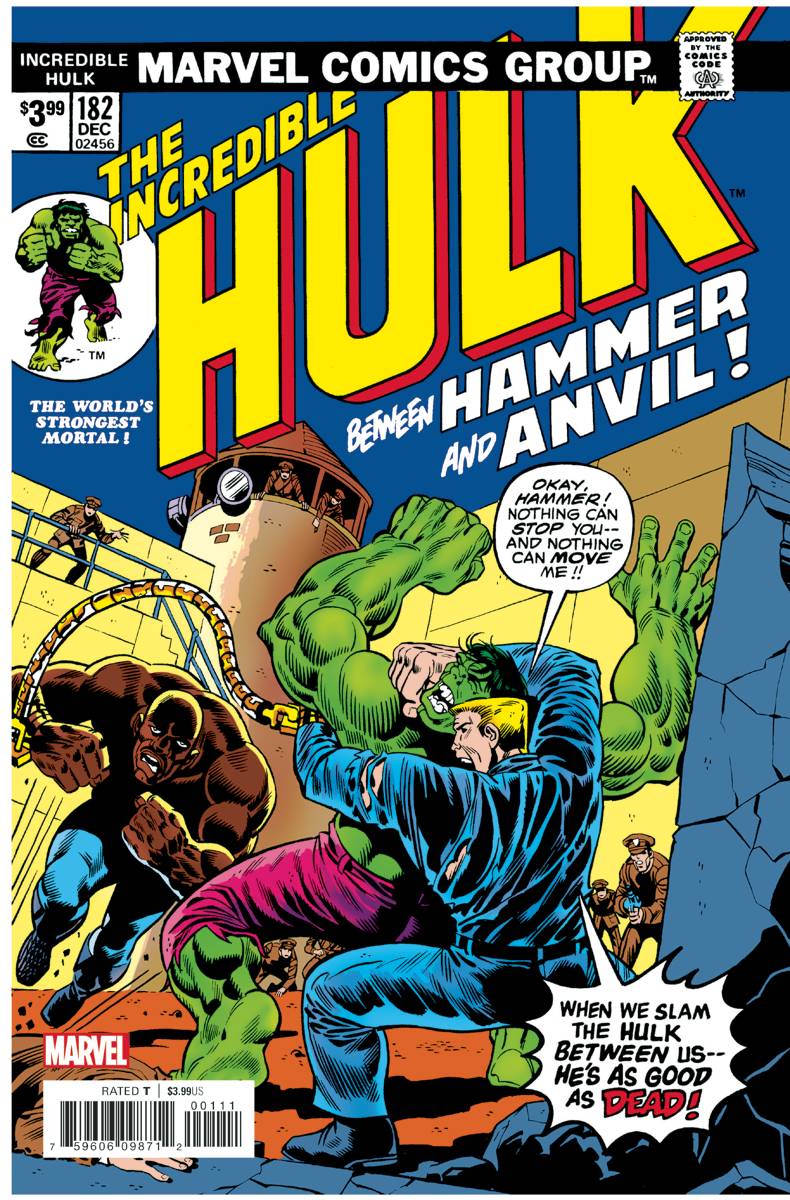 #
JAN200836
(W) Len Wein (A/CA) Herb Trimpe
CONTINUING THE FIRST APPEARANCES OF WOLVERINE!
Completing one of the most famous Hulk sagas of all! The INCREDIBLE HULK #180-181 FACSIMILE EDITIONS reintroduced you to Wolverine, who joined the Hulk in a three-way tussle against the monstrous Wendigo! Now find out what happens next as Wolvie's bosses take matters into their own hands! But the puny humans only succeed in making the Hulk even angrier - and set him on a collision course with the super-powered escaped convicts known as Hammer and Anvil! Prepare for a surprisingly touching chapter in the Hulk's endless wandering, as the jade giant makes a friend...and learns the meaning of loss. It's one of the all-time great Marvel comic books, boldly re-presented in its original form, ads and all! Reprinting INCREDIBLE HULK (1968) #182.
Rated T
In Shops: Mar 25, 2020
SRP: $3.99