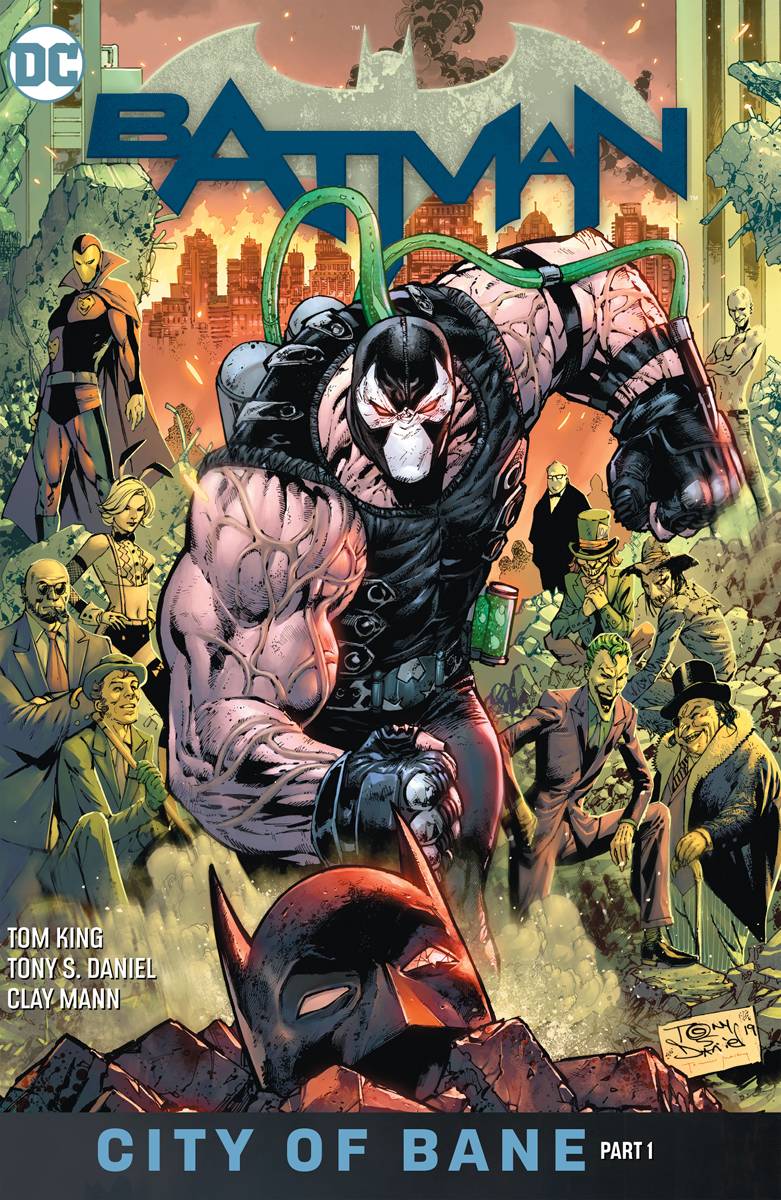 #
JAN200631
(W) Tom King (A) Mikel Janin, Clay Mann, Mitch Gerads, Sandu Florea, Norm Rapmund (A/CA) Tony S. Daniel
It's all led to this! Bane's minions have taken control of Gotham City and are ruling with an iron fist, and Batman is nowhere to be found. Instead, Flashpoint Batman is patrolling the city, dispensing a violent brand of justice. It's all building to a rebellion among the bad guys who don't want to play along with Bane! Meanwhile, Bruce Wayne is on a quest to regain his fighting spirit...Collects Batman #75-79.
In Shops: May 20, 2020
SRP: $24.99
View All Items In This Series
ORDER SUBSCRIBE WISH LIST