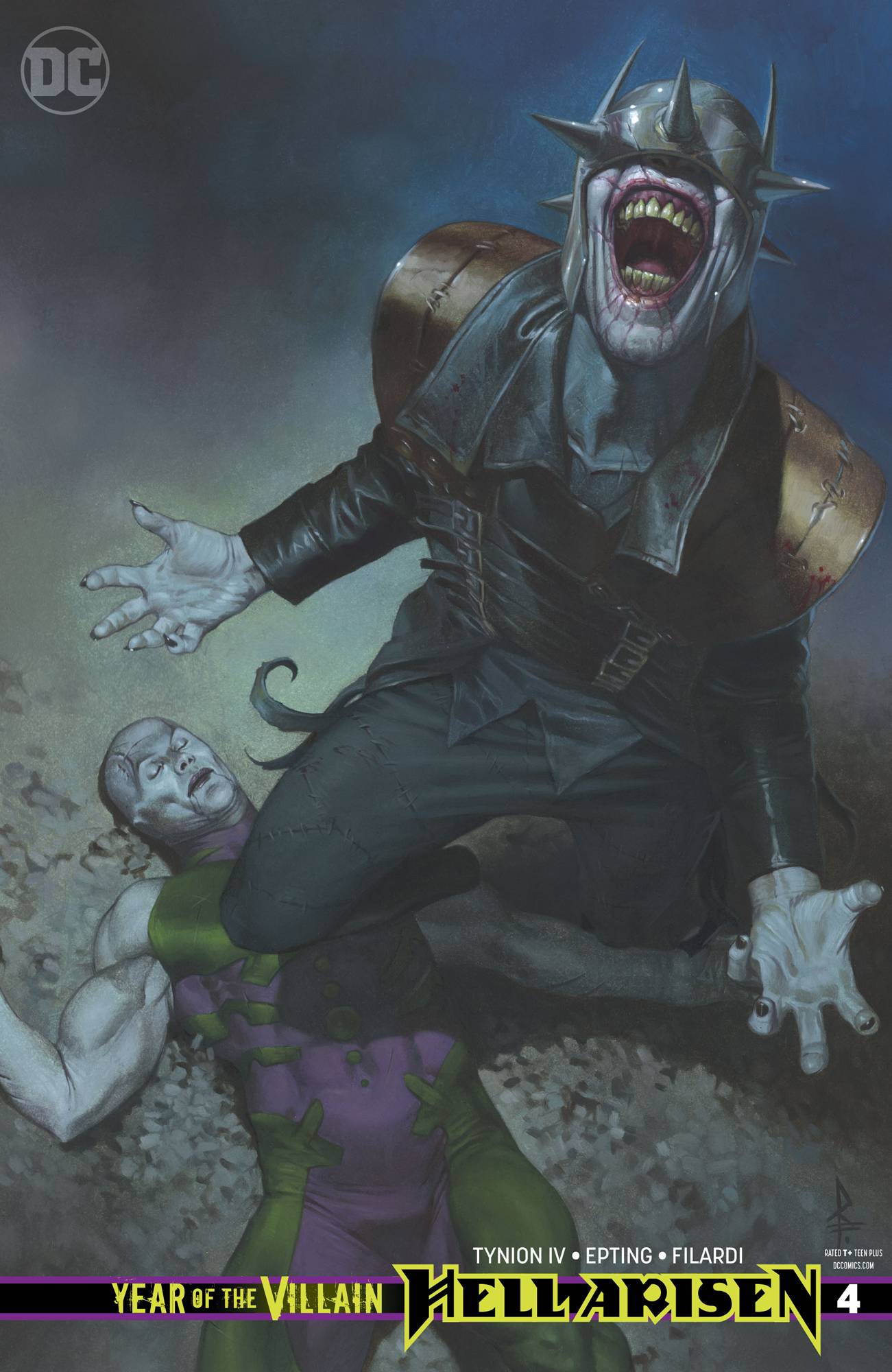 #
JAN200519
(W) James TynionIV (A) Steve Epting (CA) Ricardo Federici
This is it! Lex Luthor has gathered a strike force of villains he's leveled up to be the baddest bad guys around-Captain Cold, Oracle, Solomon Grundy, Black Manta, and Lobo, each and every one a recipient of one of Lex's dark gifts.
But the Batman Who Laughs has his own army of infected heroes. Six hundred sixty-six of them, all transformed into their worst selves.
It's a final showdown between two of DC's most iconic villains, all to curry the favor of Perpetua. Whoever wins will take over the Multiverse alongside her. Does Lex ascend, or does he get laid low? Does the Batman Who Laughs finally remake the DC Universe in his own image? Either way, life for our heroes will never be the same.
In Shops: Mar 18, 2020
SRP: $4.99
View All Items In This Series