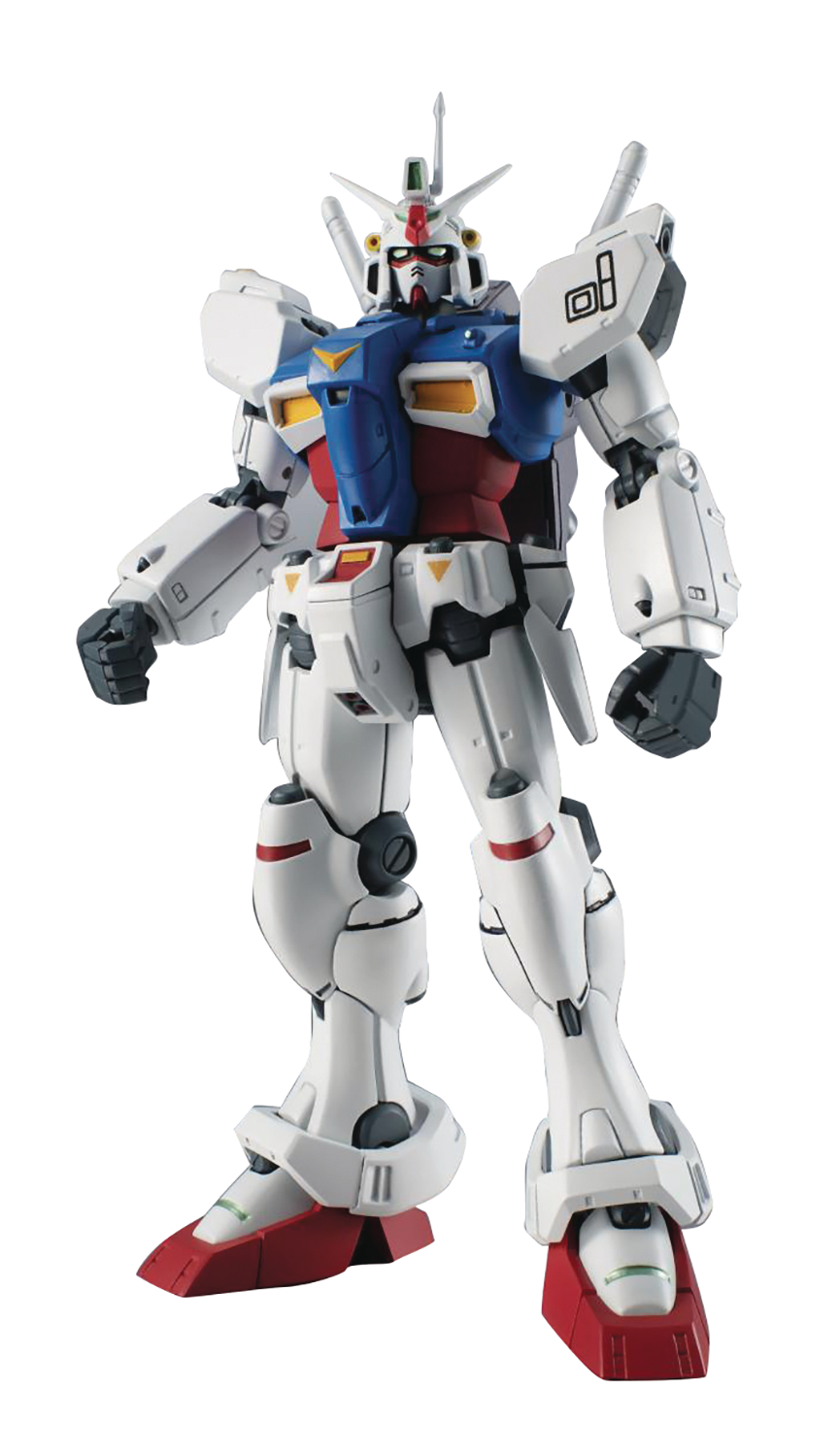 JAN199091
From Tamashii Nations. The long-awaited debut of MOBILE SUIT GUNDAM 0083 in the popular ROBOT SPIRITS ver A.N.I.M.E. line! The first to get the treatment from the classic anime are the RX-78 GP01 and RX-78 GP02A. The ver A.N.I.M.E. Gundam GP01 features incredible posability that was engineered to let you capture classic poses while it holds its weapons. Dynamic fighting poses are made possible by multi-axis joints and hinged armor plating, which work in concert to make this a highly articulated figure. A variety of included accessories and effect parts let you re-create climactic battle scenes with the GP02, sold separately; some of the effects are interchangeable between the two. The Gundam GP01 set includes the figure, four pairs of optional hands, a hand storage deck, a beam rifle, a shield, a bullpup machine gun, two rifle cartridges, a beam rifle holder, a back attachment for the shield, two saber effects, a curved saber blade, a beam rifle effect set, a beam shooting effect, sword-crossing effect, and two Vernier effects.