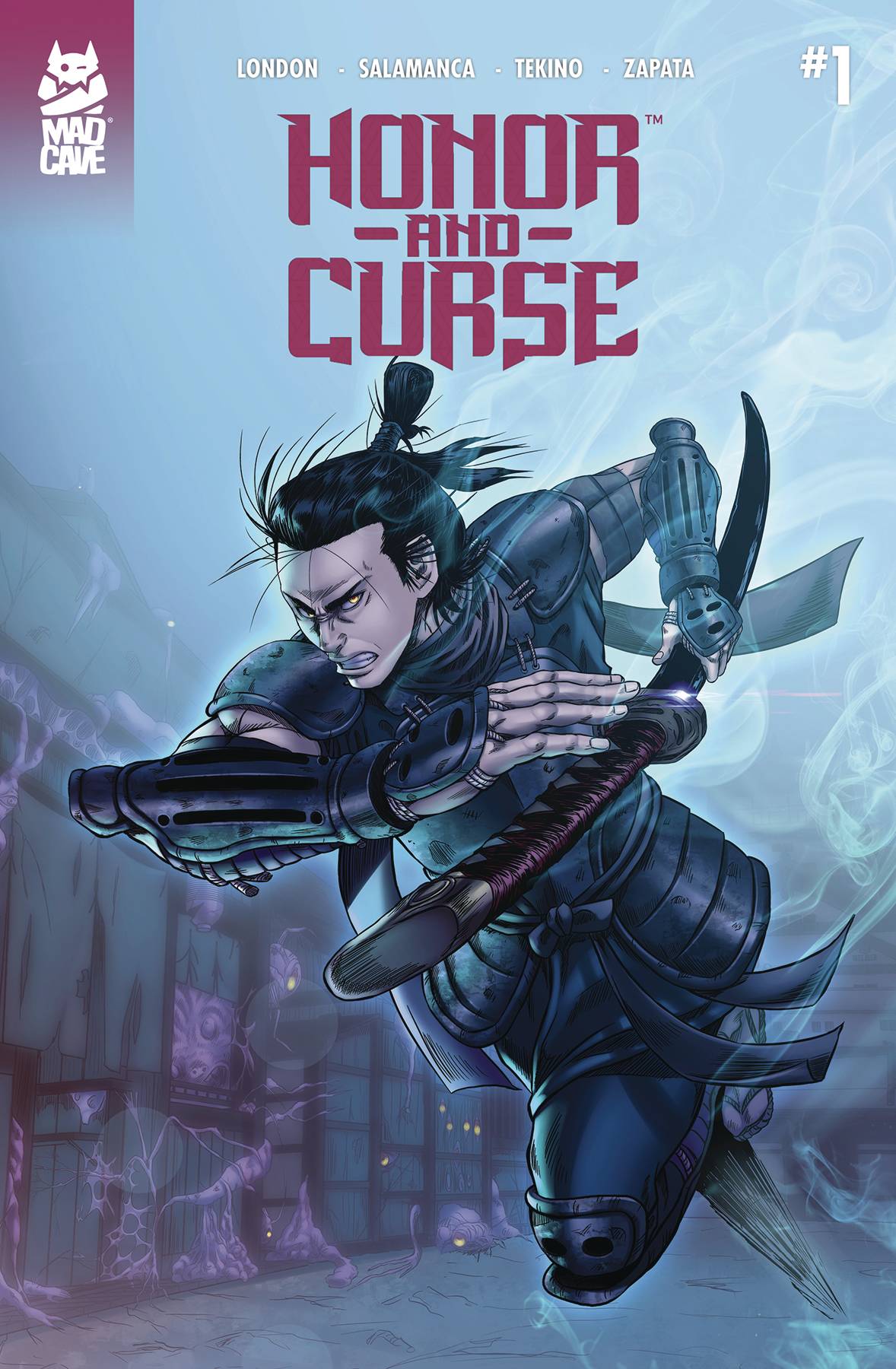 #
JAN199078
(W) Mark London (A/CA) Nicolas Salamanca
From the MAD mind of Mark London (Battlecats, Knights of the Golden Sun) comes the all-new, supernatural inspired, shinobi thriller, Honor and Curse; with art by Nicolas Salamanca, and Tekino. Set in Feudal Japan, Honor and Curse follows Genshi Sakagura. Orphaned as a young boy, Genshi was adopted by the Iga clan after witnessing the murder of his parents. Now, Genshi is a promising young shinobi with dreams of marrying Lord Haruki's beautiful daughter, Akemi, and leading the Iga clan warriors into battle. Genshi's future was promising, until his past came back to torment him in the form of an evil mountain spirit knows as a Tengu. This demon relentlessly haunts Genshi's dreams and bends reality around, but nothing compares to when the Tengu consumes him--Genshi transforms into an unstoppable force of nature incapable of remorse.
Witness the struggle of a young man realizing his fate is both an Honor and Curse.
In Shops: May 08, 2019
SRP: $3.99
View All Items In This Series